At The End of the Game You Will Be Forgotten 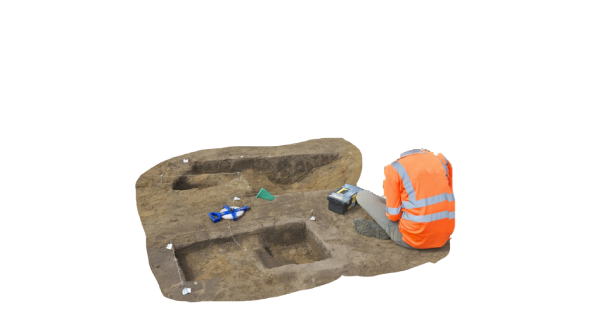 Consider a digsite. Digging is always a vertical movement, down into the archaeological matrix. Each layer, defined as a unit of sedimentation greater than one centimeter thick, is separated from previous layers by an event. A fire, a flood. These intervals are discrete changes in the character of the material being deposited.

Esther Leslie argues that excavation is an ‘inverted’ astrology. “Astrologers study the forces and influences of the stars,” she writes, while excavators discover “the manifold properties of earth and stone strata.” Geology is regarded as nature’s writing, a cipher language. “The language of our world is reflected in the underworld, if subject to decoding.”¹

What time is it?

All possible histories are encoded in the strata. A Temple column supports a basilica’s nave; broken palaces find their way into household walls. A fine intaglio is encrusted with black accretions and dusted with so many layers of silt and sand that it becomes a pebble. At the digsite, such actors, both artifactual and ecofactual, must be coaxed into speaking.

The thickness of an event, and the earth in which it is held; an open shaft; the patina of an old chair; the carbon cycle. Nothing is new, and nothing is not new.