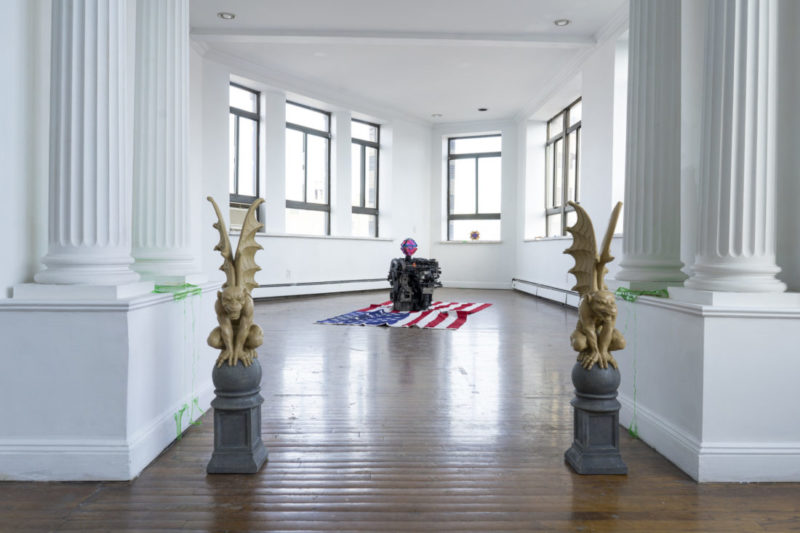 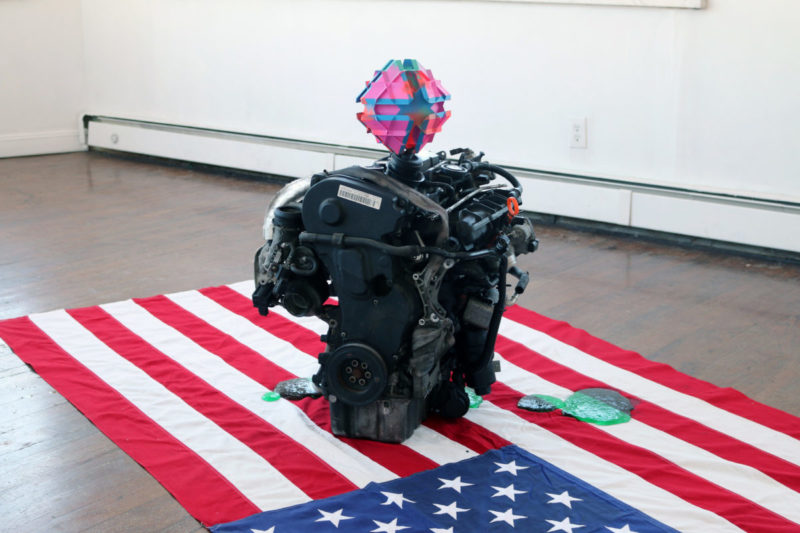 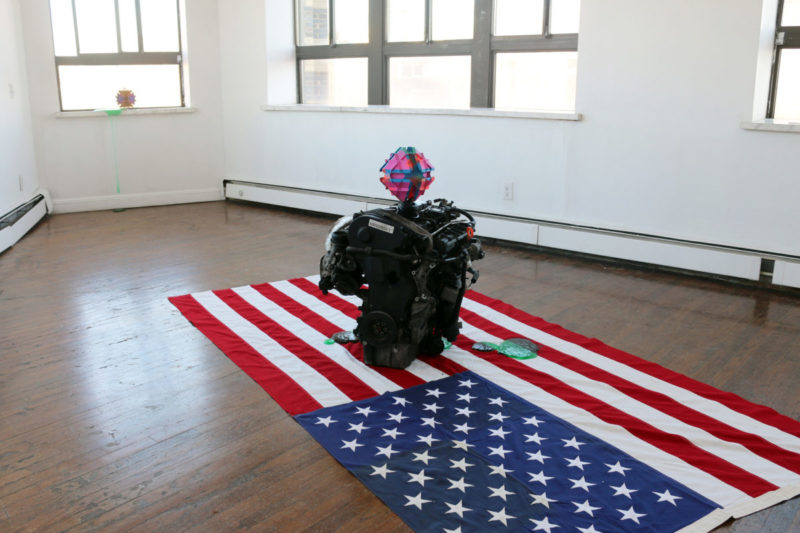 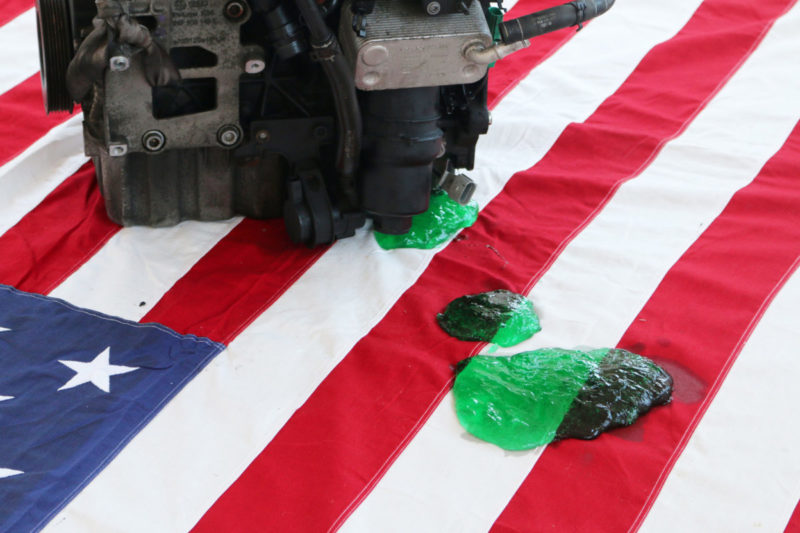 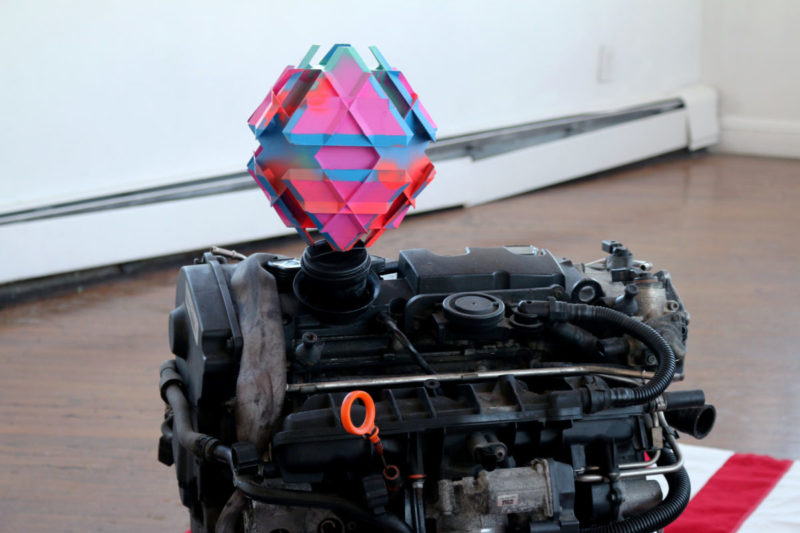 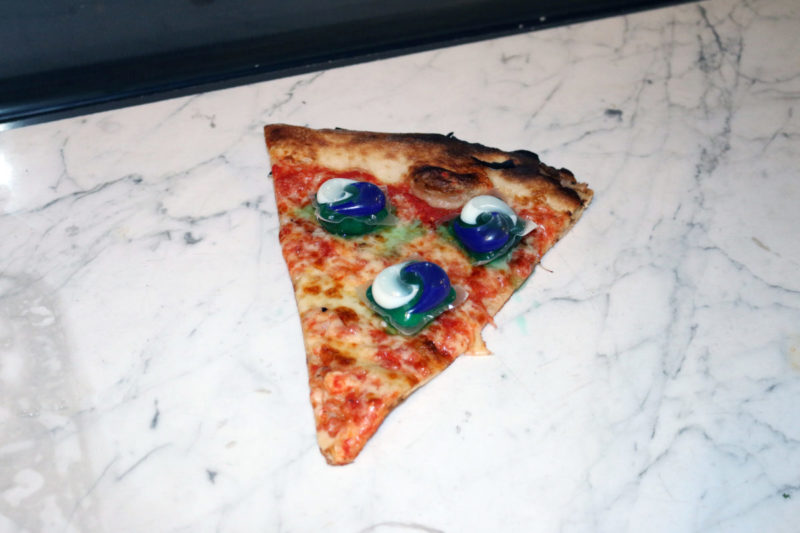 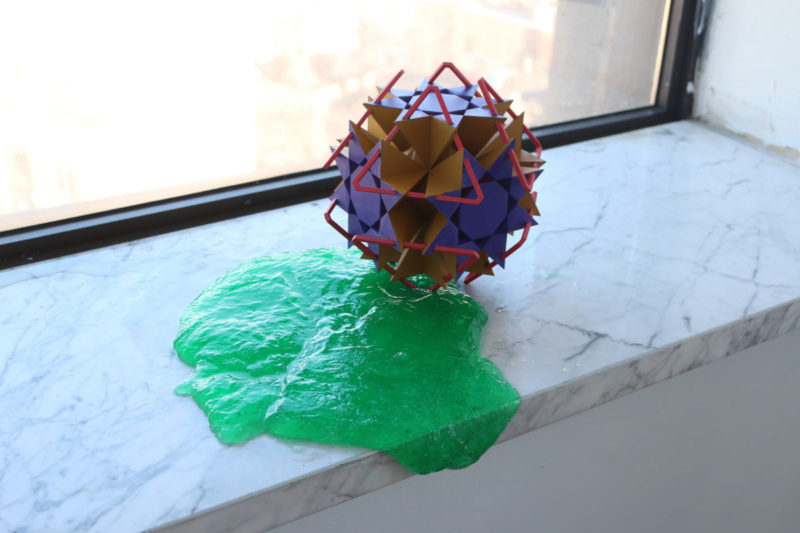 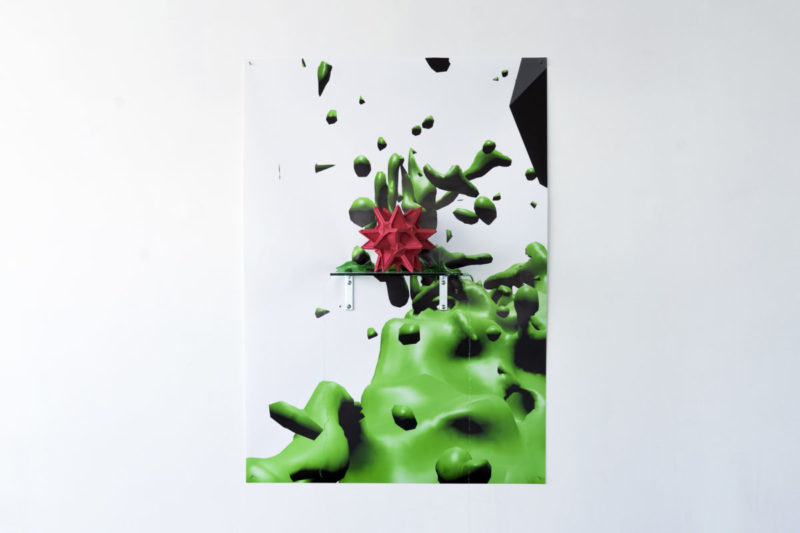 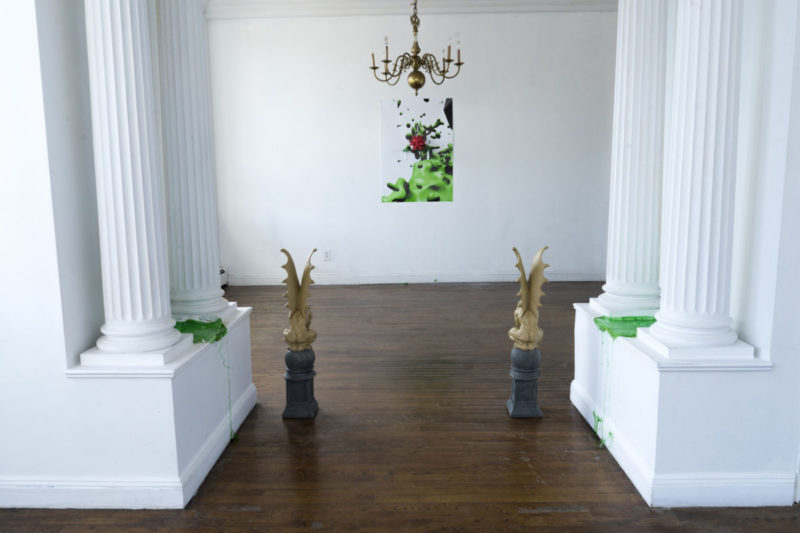 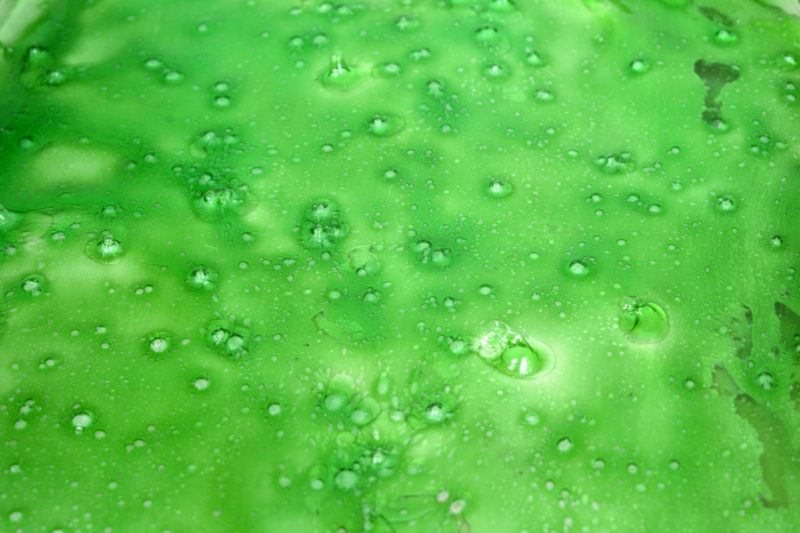 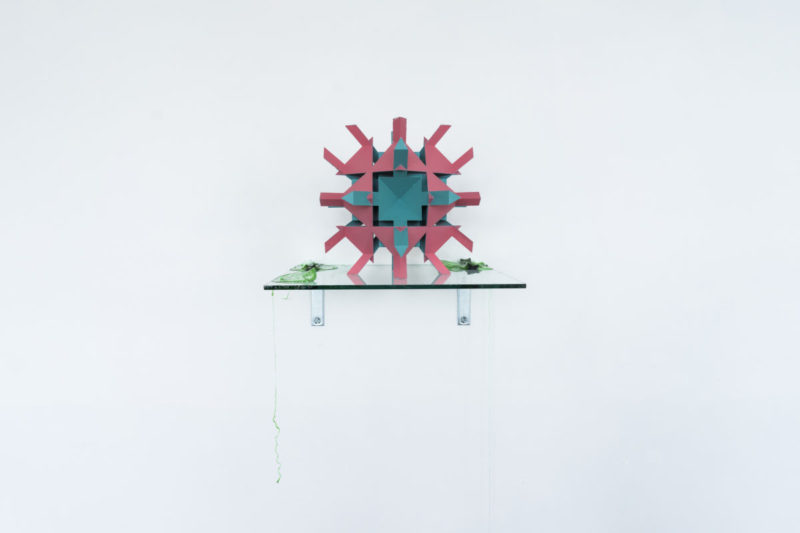 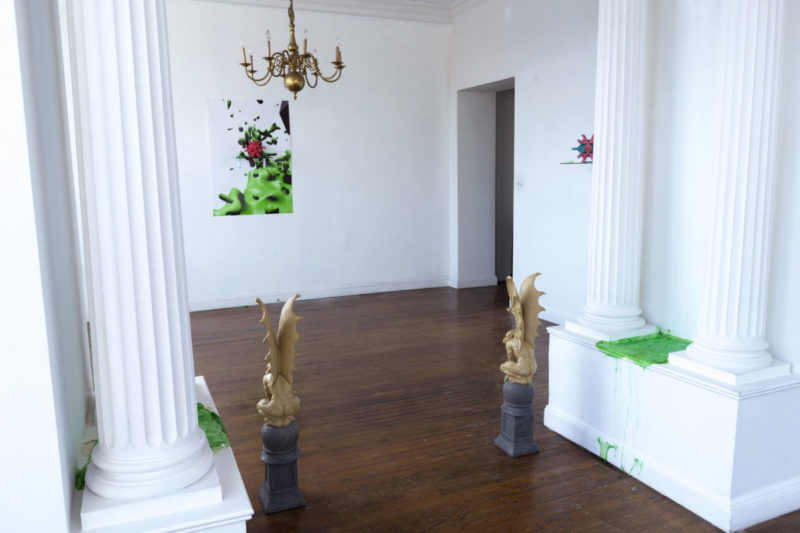 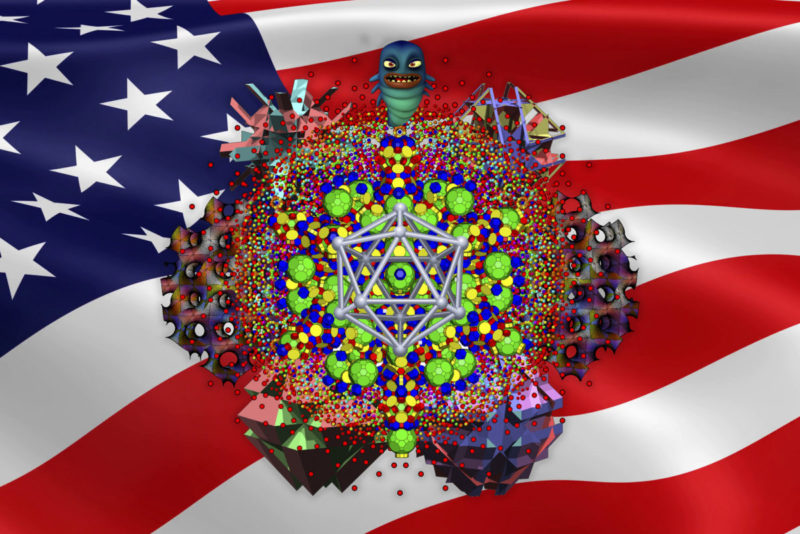 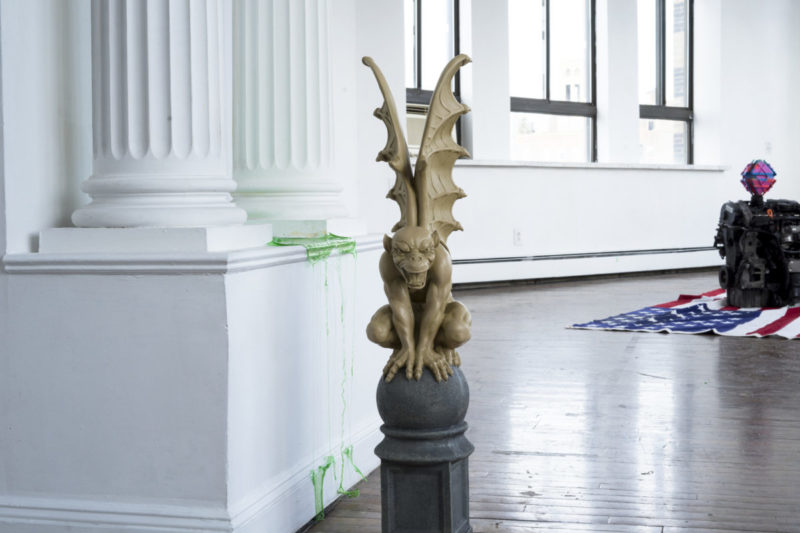 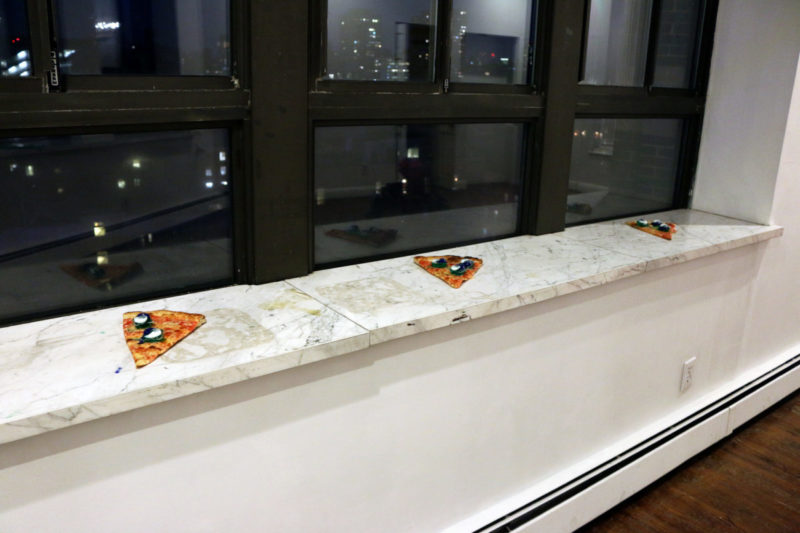 Taking influence from films such as A.I. (2001), Fahrenheit 9/11 (2004), Southland Tales (2006) and a future America ‘106 winters after The Fall’ in Cloud Atlas (2012) the exhibition explores a jilted and uneasy nostalgia for pre — 2008 Americana, A point of no return and the influence of American hegemony along with it’s increasing fragility and decline as it is subject to wide scale technological, cultural and environmental disruptions.

The hegemony/decline axiom of Americana is represented as an anthropogenic layer upon which newly emergent unlocalised paradigms disrupt and propagate the preexisting zeitgeist. Represented as extradimensional polytopes, viscous and amorphous solids, the super sharp edges and perpetual feedback loops of DMT trips, ectoplasm, superstitions and conspiracies; Ball’s sculptures, which are based on polytopes designed by Hedrondude ( http://www.polytope.net/hedrondude/home.htm ) have been infused with a myriad of conspiratorial and narrative fictions such as future speculation on the use of the rare earth element Lutetium, metallic alloys recovered from suspected UFO’s and the potential for mathematical structures to contain encoded messages (such as those seen in crop circles) regarding the future of humanity.