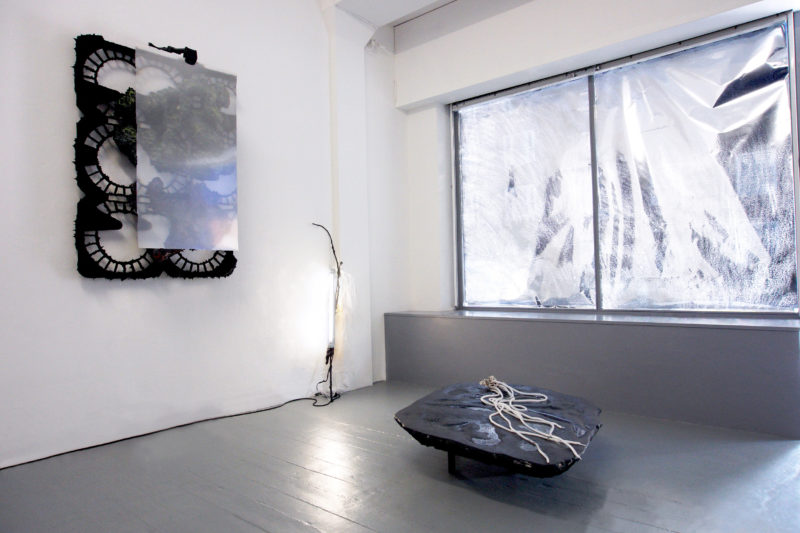 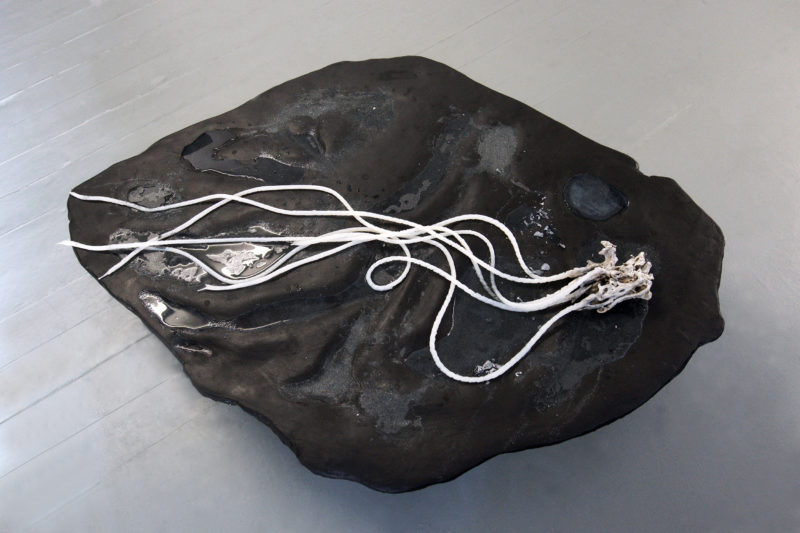 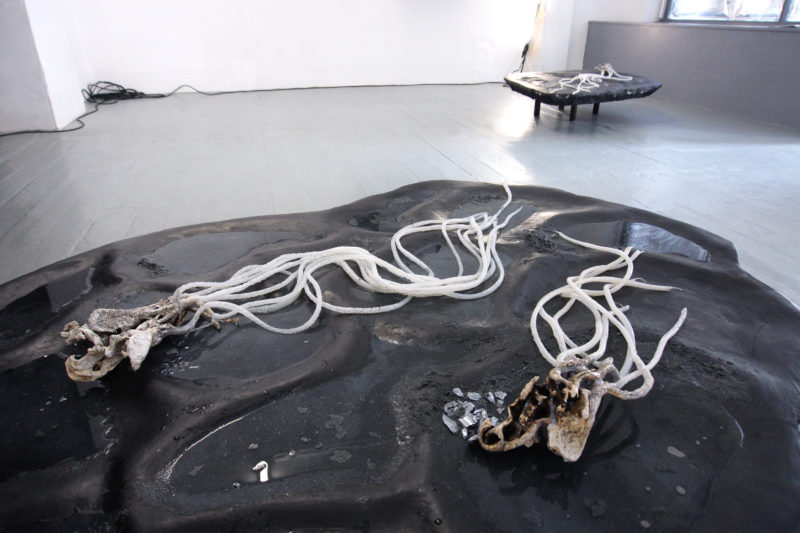 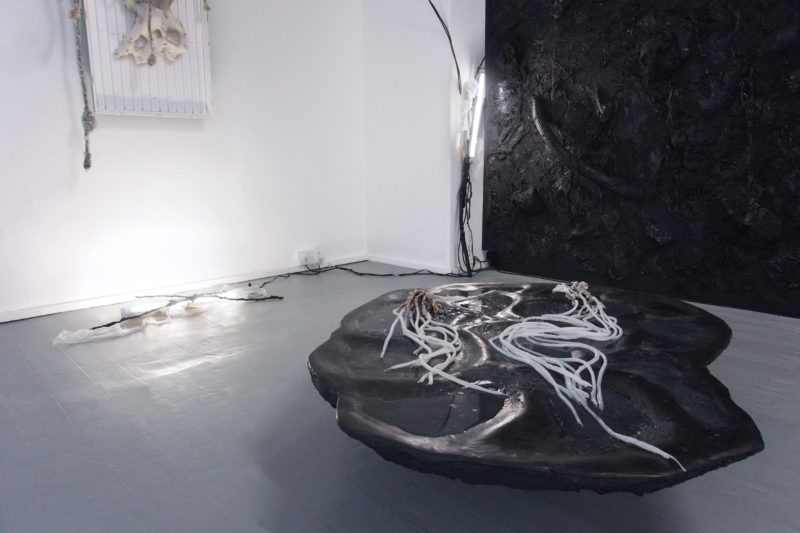 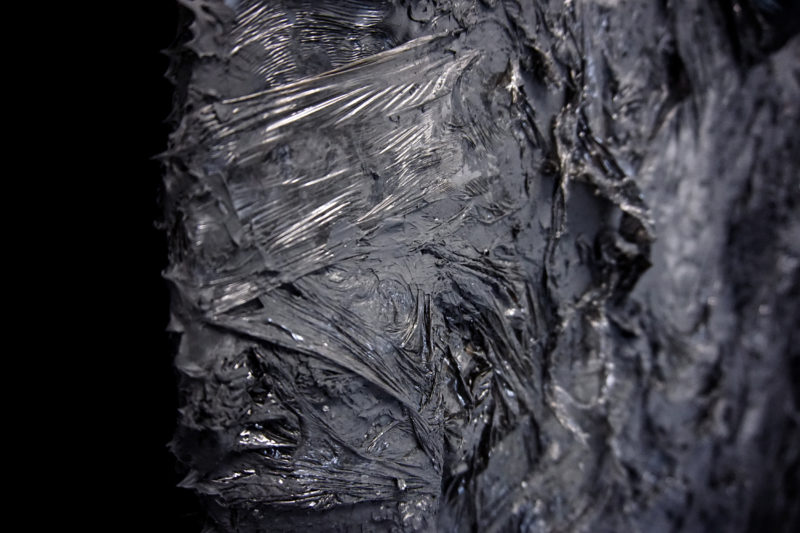 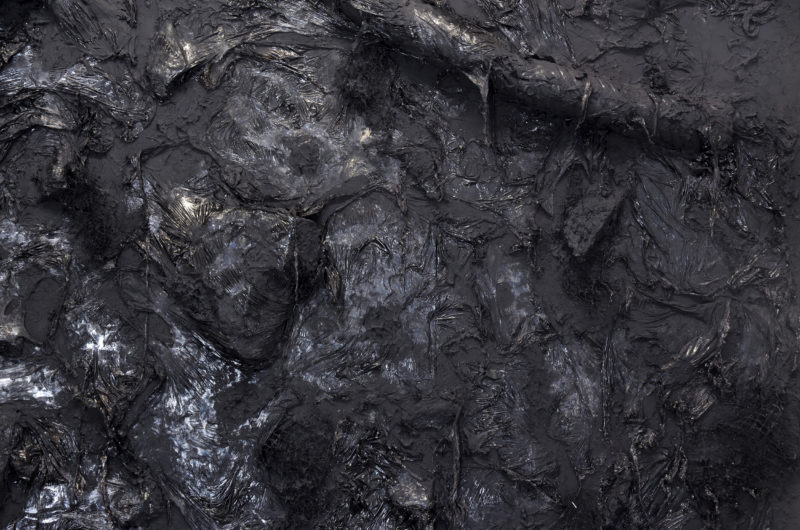 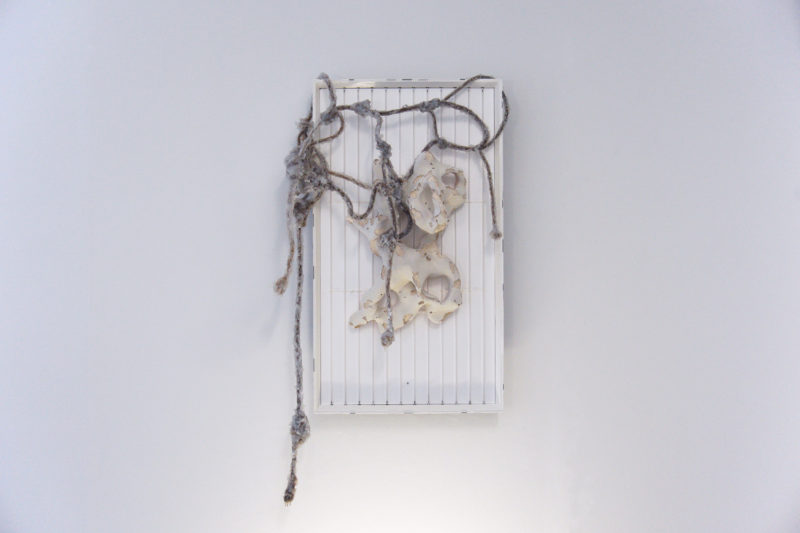 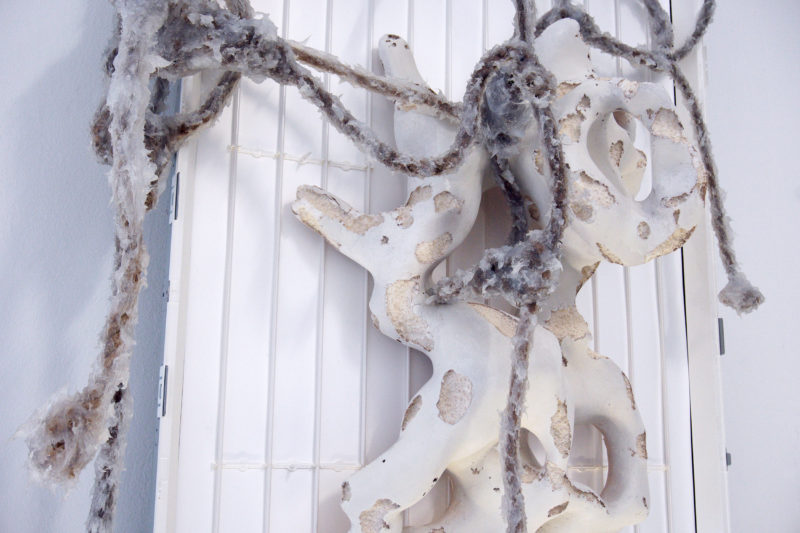 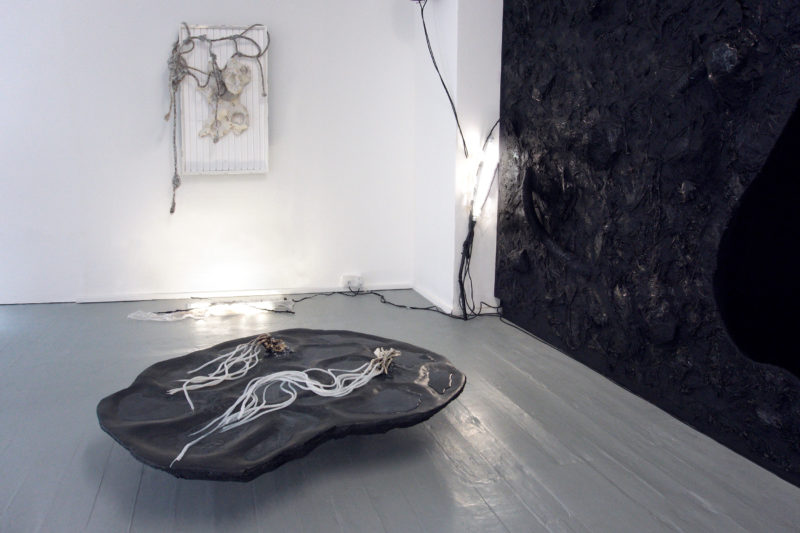 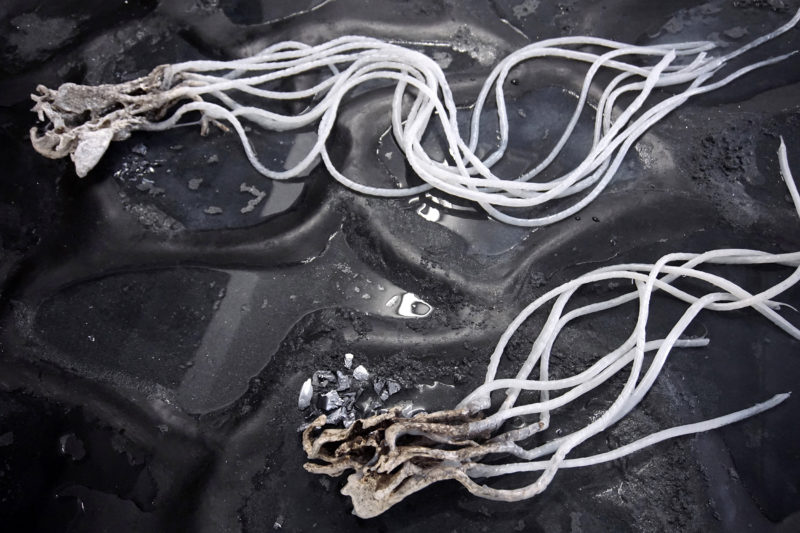 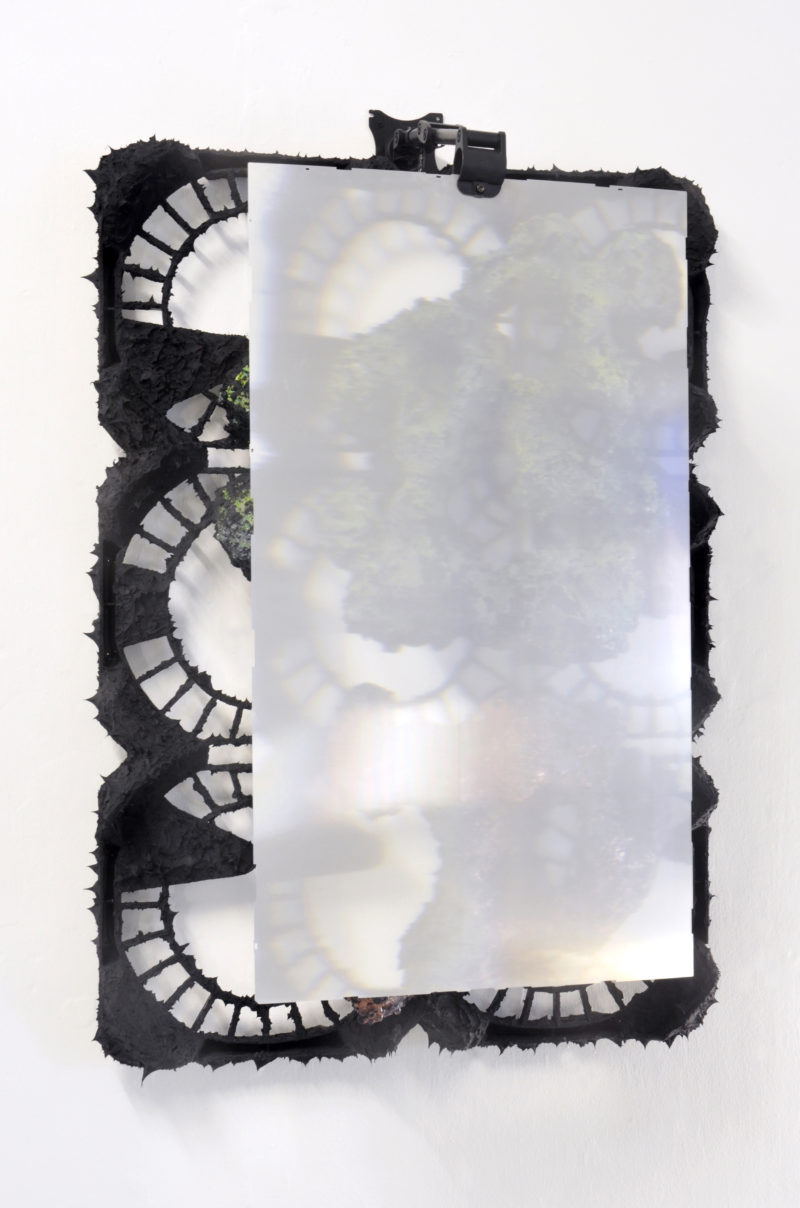 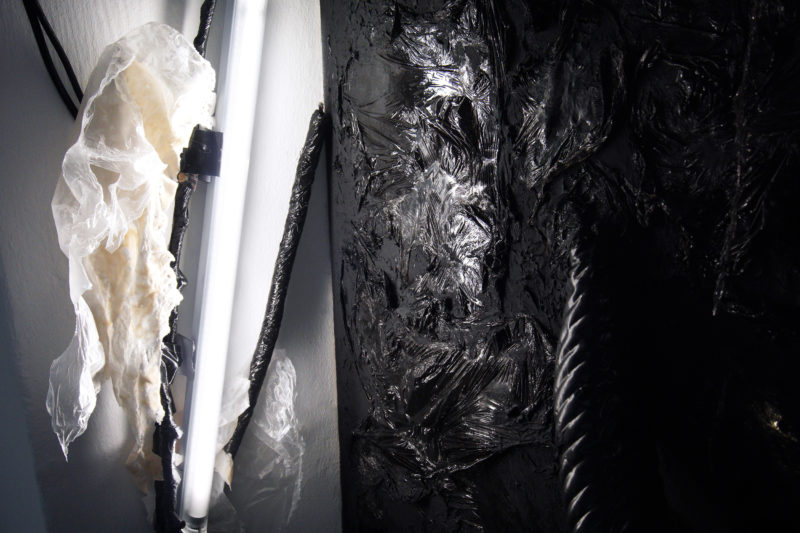 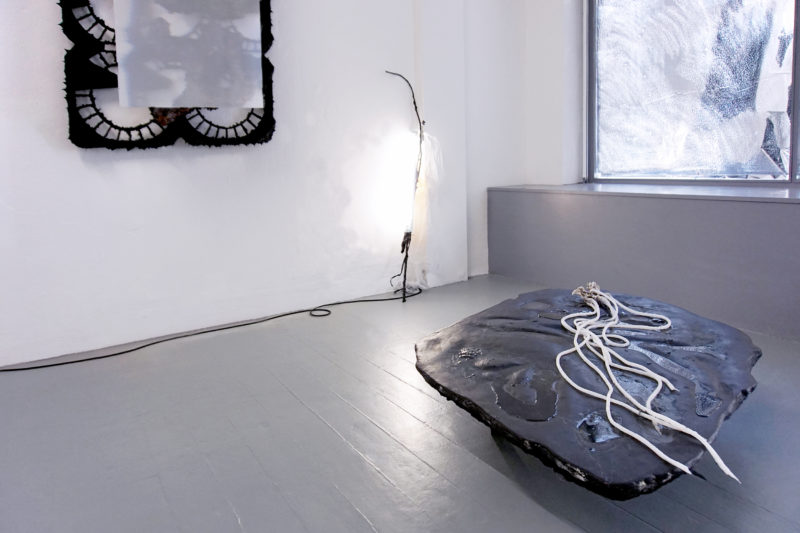 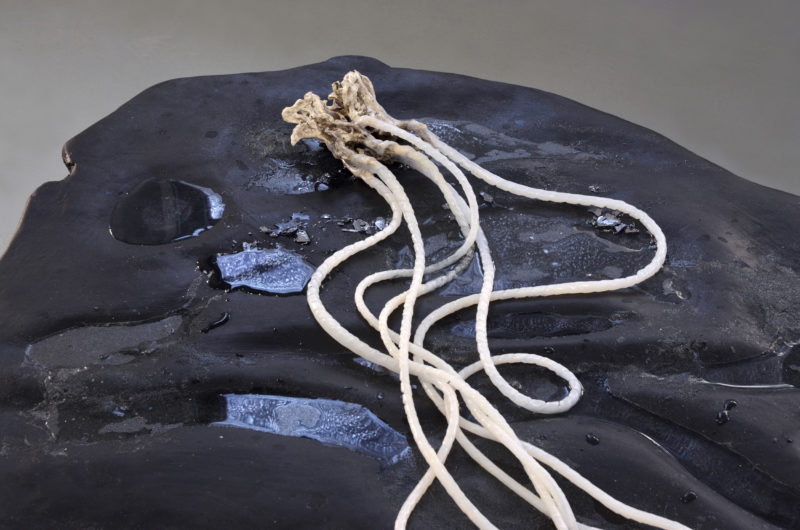 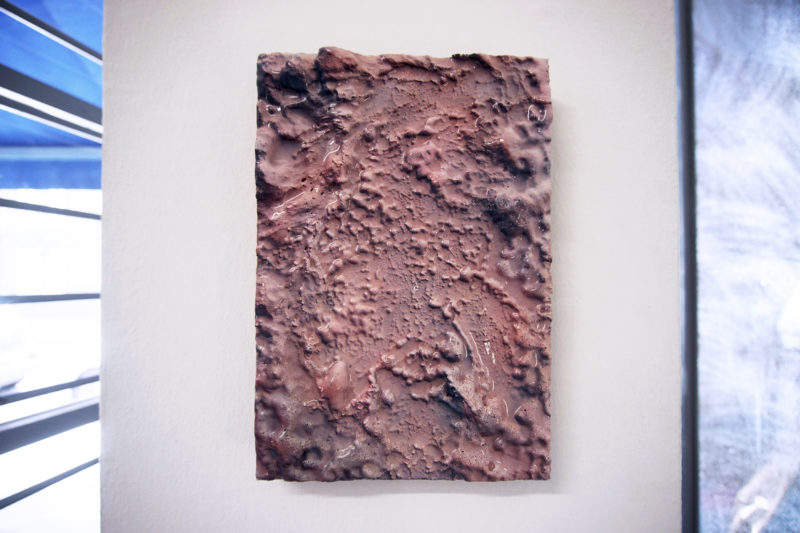 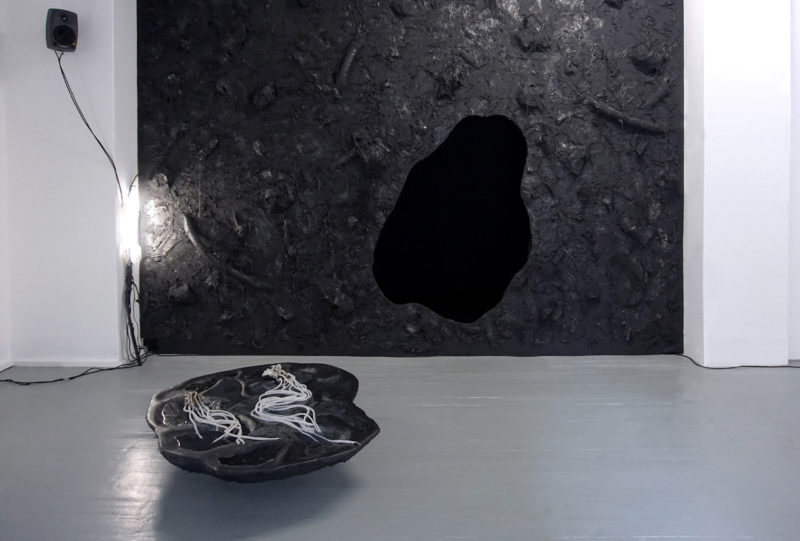 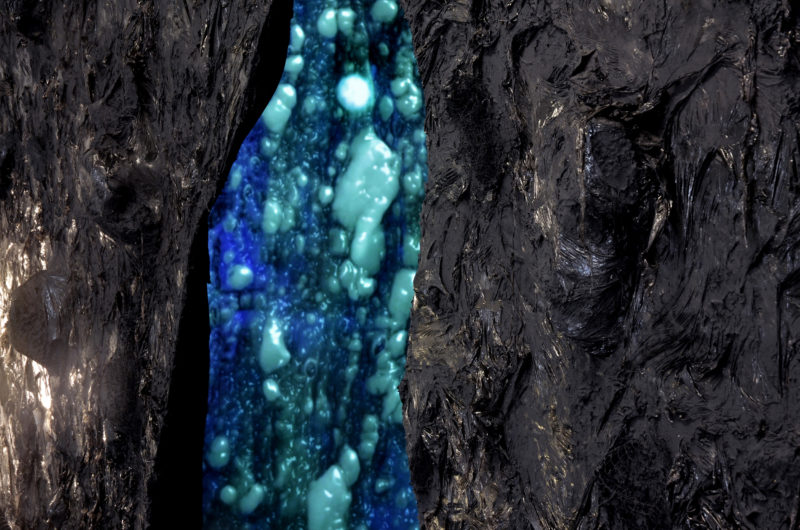 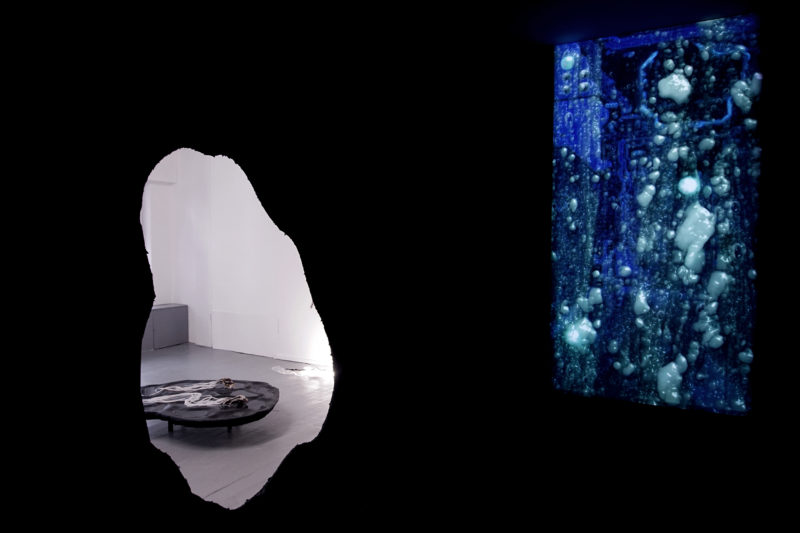 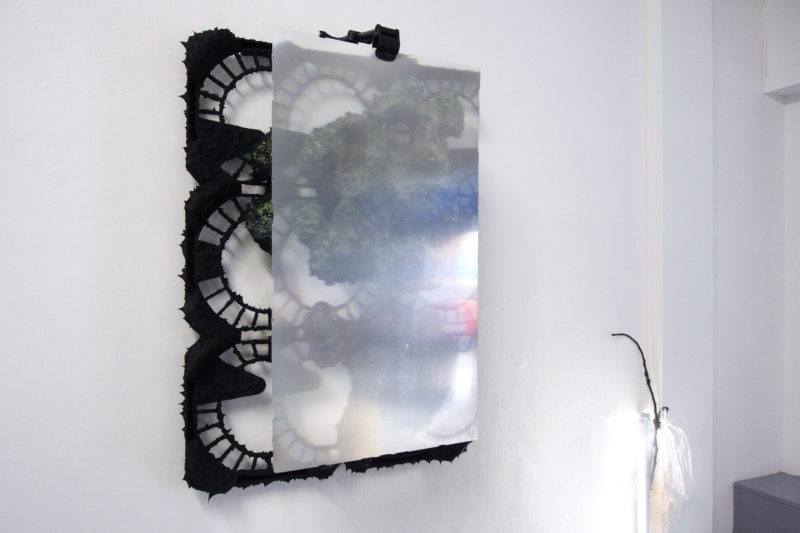 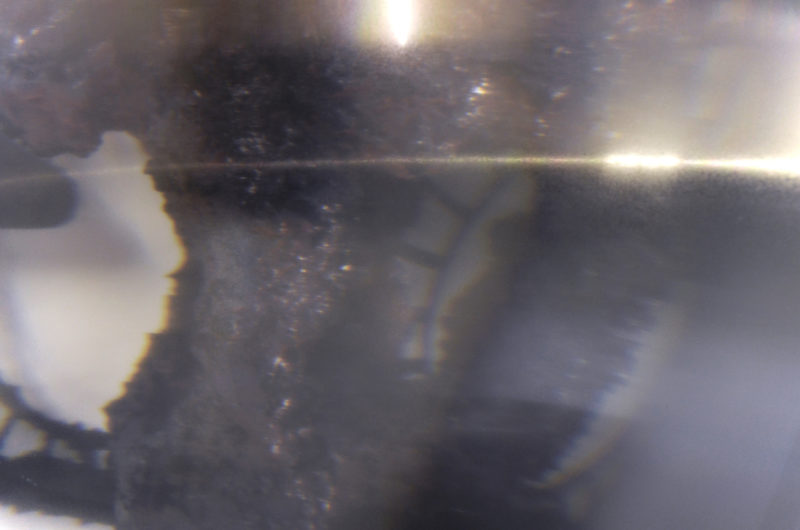 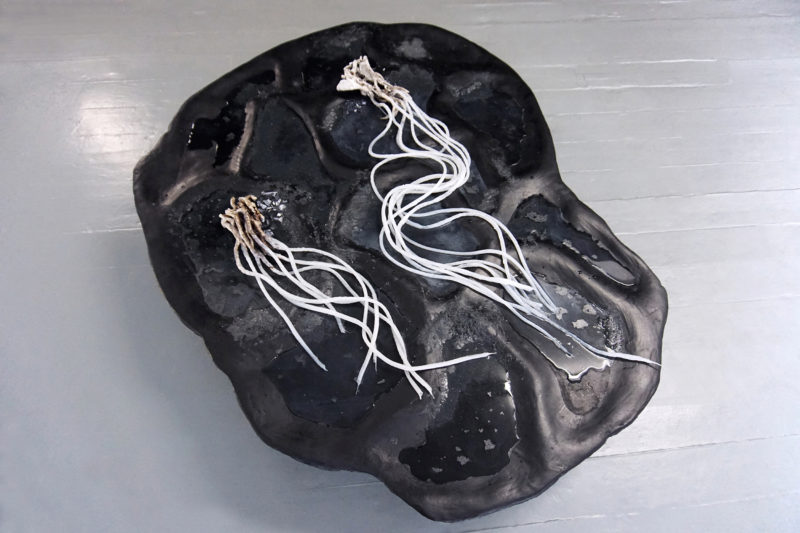 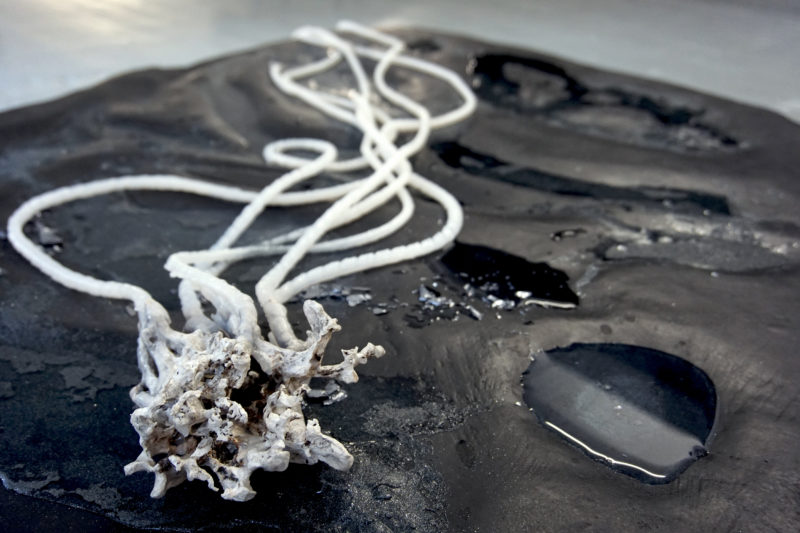 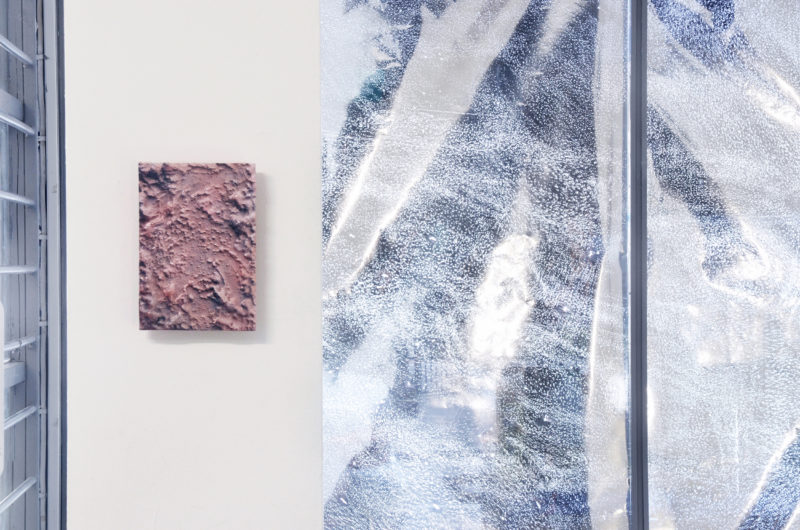 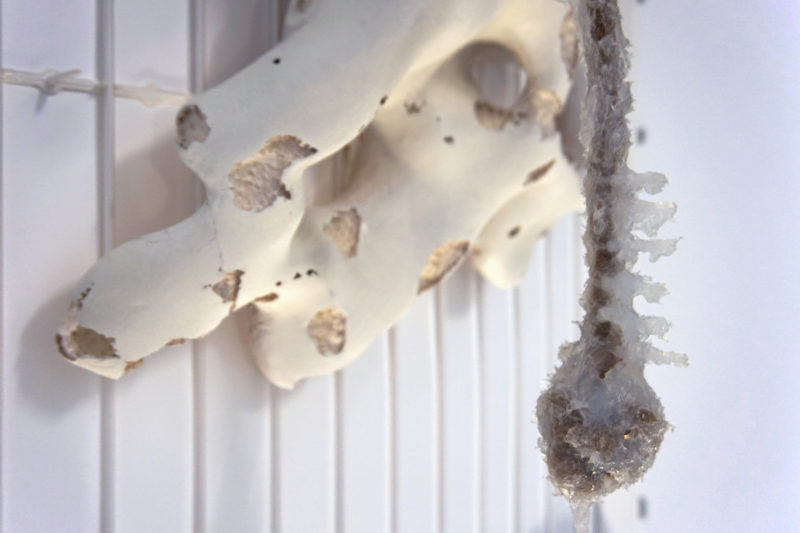 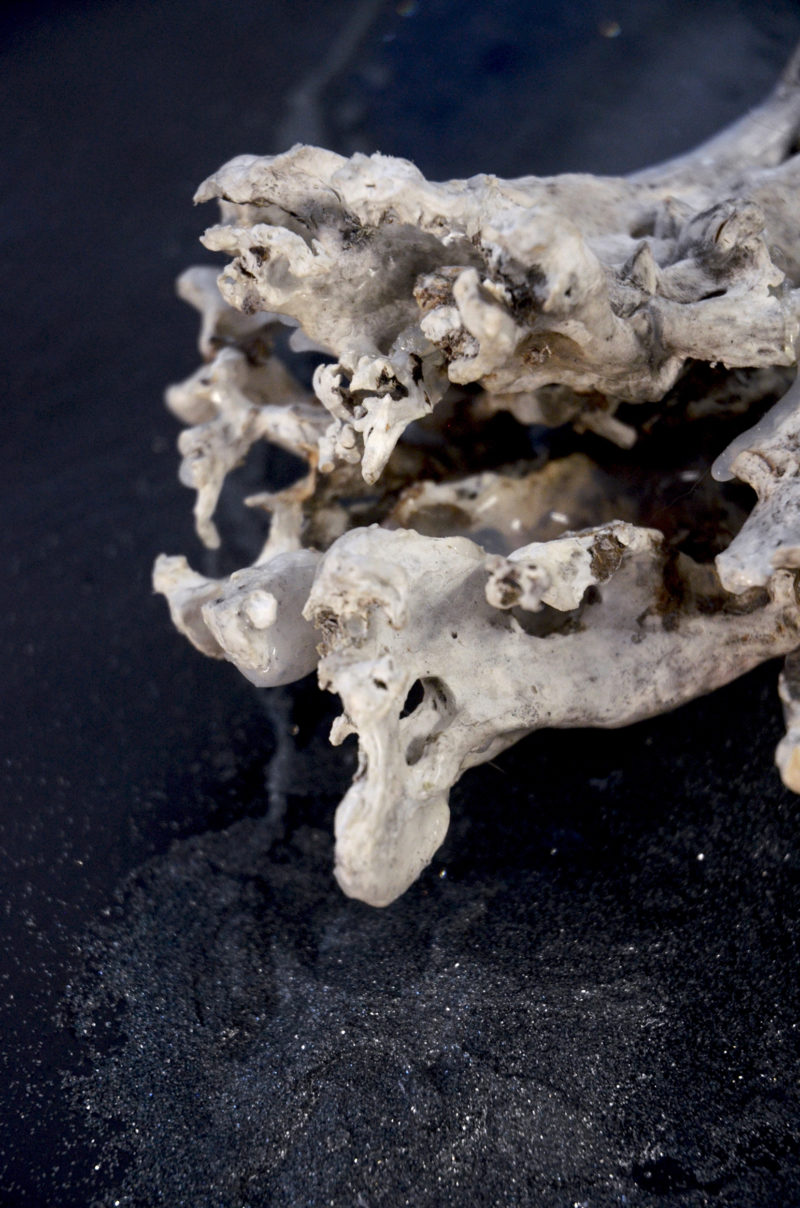 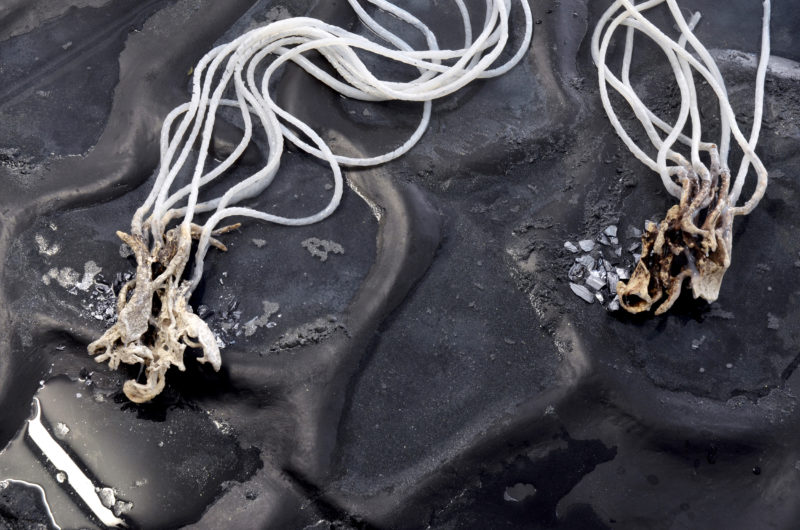 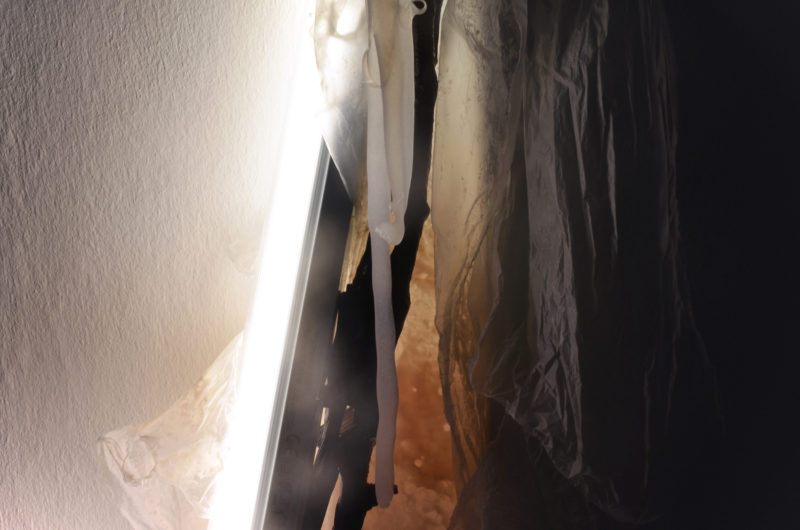 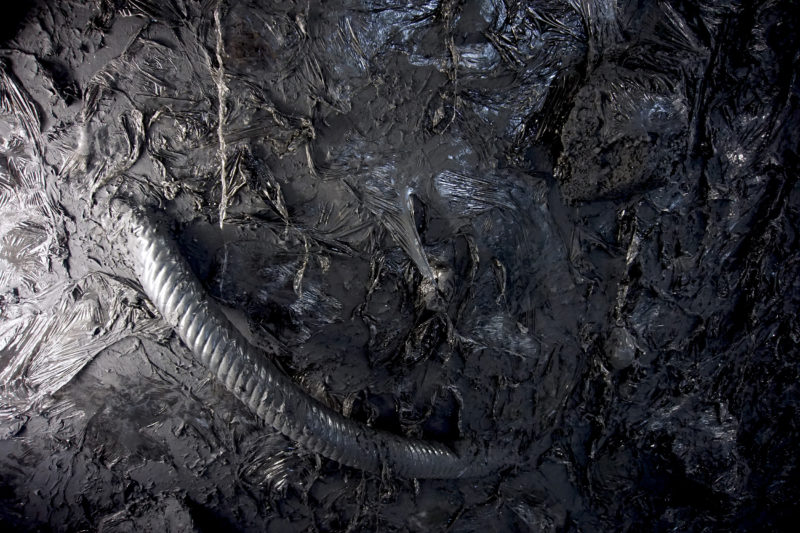 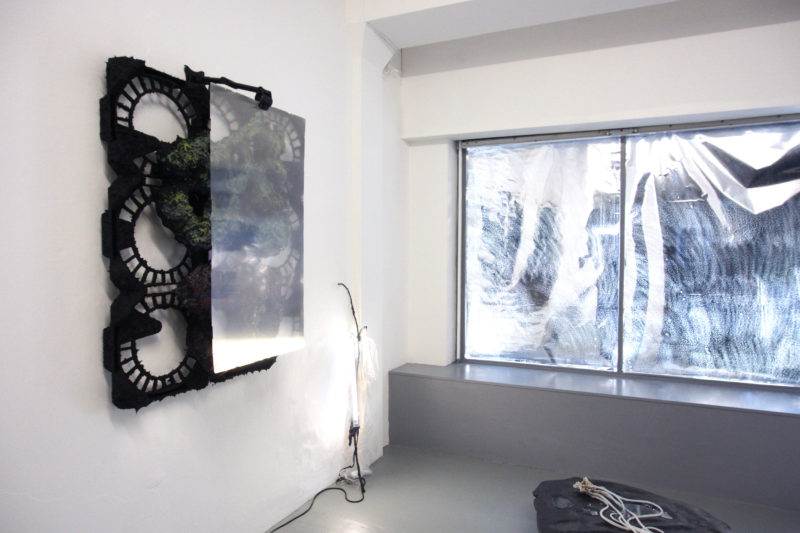 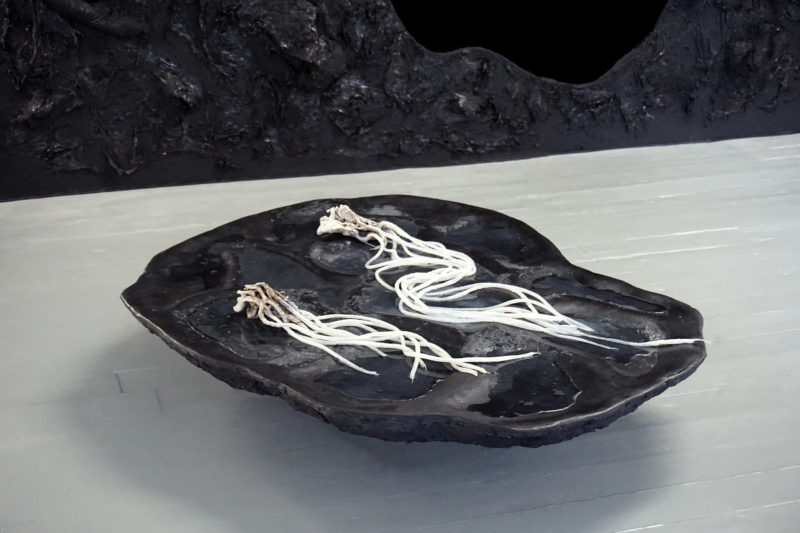 Anthropogenic by-products seeped into every living cell, suffocating, obscuring and embedding a toxic eventuality into the biosphere, laying the path for unimaginable and diabolical becomings.  Crystalised and irradiated mineral nutrients absorbed by xeno-fungal growths manifested the co-evolution of our exobiological substrates, cultured and cured in an elemental acidified environment.  Infinite horizons stretch across barren bedrocks poisoned by extremophilic organisms and petrified chimeric frontiers of life exist as evidence of terrestrial denaturing in the time of obsolescence.  It was the echoes from the geophysics that penetrated the sharp air with messages from the Xenocene.  It was the lifeforms that came from lands of terra incognito [the unknown] to affect terra immortuos [the undead] through a process of planetary scale biological terror-forming.

Much as their [micro]plastics slowly gained environmental traction by entering the digestion of the deep sea population, rogue RNA released through directed evolution experiments gradually entered the biosphere.  A tide awash of 180,000 exons, thousands of strands removed during RNA splicing procedures to alter the wider exome.  Although a small part of their genome, the exome was responsible for nearly all of the mutations and diseases that they came to bare. Their exon RNA strands entangled within a synergistic death pact with the telluric Exxon, one of the ancient types of petroleum based fuel that ravaged this land.

Their technological advancement allowed us to stretch our genetic potential and accelerate our own evolution, providing essential tolerances against the deadly wet heat where others soon perished.  What is alive is noxious, a proliferation of things once kept in balance swarm and bloom throughout the Earth’s liquid mass in a brightly coloured gelatinous deluge.  Cryogenic fragments thawed and released in accelerated states of synthetic development complicated the relational tangle of living matter…

Technochemical plague pits brought about a primal chaos, once laid dormant but now awoken out of an ethereal hibernation, rebooted with mutated symbiotic alliances.