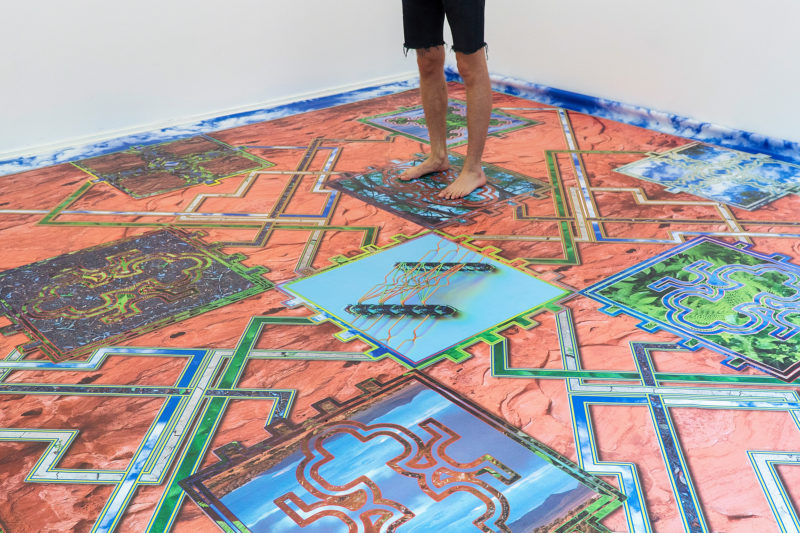 As the blossoming of the rowan trees nears an end and berries begin to build up, Sorbus presents a meditation labyrinth by the art collective MSHR of US artists Birch Cooper and Brenna Murphy. Since Brenna Murphy’s 2014 solo show Sentient Sequence at Sorbus and MSHR’s performance at Sorbus’ open air event Veranda last year, we have been waiting for an opportunity to host an exhibition by the collective. Now, as Cooper and Murphy will be in Helsinki for a residency at HIAP, the opportunity was seized.

MSHR is the art collective of Birch Cooper and Brenna Murphy. Their work meshes digital sculpture, analog circuitry and ceremonial performance. They construct and perform cybernetic compositions using synthesizers of their own design. For exhibitions, they install macro-arrangements of these sculptural instruments to create immersive light-sound-scapes. In their performances, they engage the systems through a series of unique interfaces. They also work with 3D modeling programs to design virtual reality spaces, embedded with generative computer music systems. MSHR’s sculptural, musical and electronic work inform each other deeply, creating the meta-form that is their collaborative practice. MSHR emerged from the art collective Oregon Painting Society in 2011. They were artists in residence at Sonoscopia, 2014; Eyebeam, 2014; Pioneer Works, 2016; Signal Culture, 2016. They are represented by Upfor in Portland, US.

Swamp Matrix consists of a floor sized digital print and a 4 channel generative audio composition. The photographic and recorded elements of the show were sampled from MSHR’s recent drive across the rural areas of United States.

The structures of the print and audio components reflect one another. On the floor, a human scale diagram is laid out describing the relationships and elements in the generative audio system. There are symbols representing voices, triggers, outputs and a matrix mixer. Lines drawn between the symbols shows how these elements are connected within the system. It is a graphic score for a piece that cannot be performed by human beings. Instead, visitors are invited to treat the score as a sort of meditation labyrinth, contemplating it by walking along its traces to physically experience the cybernetic interior pathways of the audio composition.

The sound can be thought of as a higher-dimensional projection of the floor diagram, unfolding over time through the 4 loudspeakers in the corners of the room. Inside the software performing this piece, four synthetic “voices” are “singing” together. Any time that a sudden change occurs in the pattern of a particular voice, it causes randomizations in the behavior of one or all of the other voices, creating a feedback system similar to a group of improvising musicians. Drifting below these voices are field recordings taken from swamps, lakes, forests and deserts. Like the voices, their speed and volume are constantly changing based on the current form of the other sonic elements, which they in turn effect.

In May 2018, Sorbus interviewed MSHR about their upcoming show via email.

SORBUS: Last summer, you performed at Sorbus as a part of Veranda open air festival and now we are very happy to have you back! What can we expect from your exhibition at Sorbus? You are also doing a three month residency at HIAP in Suomenlinna. Do you already have some plans for your time in Finland?

MSHR: Yes, we are so happy to be in Helsinki for the summer! We had such a great time with Sorbus last year, thank you for having us back 🙂 For this show we are working on a piece that combines generative music system with a meditation labyrinth. These are all familiar themes in our work, but this show will be sort of a testing site for moving them forward in new directions. It’s cool to have this show at the beginning of our HIAP residency, because it will jump start our work in this arena. We’ll be spending the summer experimenting and developing new work at the studio on Suomenlinna and hopefully learning some technical skills.

S: You’ve been travelling a lot lately, playing shows and taking part in exhibitions. How do you think exhibiting your works in various different places during a fairly short time affects the works?

MSHR: When we go on tour, we like to do it with a musical performance and some kind of installation work. That way we can present either, or ideally both as the circumstances allow. When we tour with an installation series, the different iterations of the piece will reveal different aspects of the work. The recent installation work that we’ve been touring with has involved a sort of nesting of spaces using virtual reality, generative/interactive spatialized sound and light and diagrammatic prints and sculptures. One of the main principles of the work is

that each aspect of the piece is informed by the other aspects, so in developing the piece, all the elements emerge rhizomatically. We often structure formal elements to reflect the structure of feedback systems used in the piece. In the end, installing a piece many times in different circumstances gives us a lot feedback that informs our next approach.

S: You’ve been collaborating for over ten years now, first as a part of Oregon Painting Society and, from 2011 onward, as MSHR. Can you tell us something about your working method as an art collective? Does it differ from when you’re working alone?

MSHR: We’re really interested in collaboration and in thinking about what goes into an art collective. OPS was our first art collective, but the fact that many of us had been in bands for a long time provided a smooth transition into that style of working.

One of the main ways that we find collaborating to be different from working alone is that you have a greater chance of doing something that you’d never think of, which for us is often a goal in art making. The emergent group mind takes its own form and direction – the individuals just need to nurture it and enjoy the ride.

On a practical level, erasing the idea of individual authorship is really useful in art collectives. We try to operate in a mental environment where any idea/object/technique etc. can be edited or used in a different way by any other person. This speeds up iteration and mutation significantly, increasing your chances of finding novel creative situations. Having a shared creative world is also really nice on a social level. We often envision an art practice as a spaceship… There’s a better chance of survival with more people on board.

S: What does MSHR mean and how do you pronounce it?

MSHR: The name MSHR was designed to be an open acronym and an adaptable container for our practice as it develops over time. Its form is meant to reflect the modularity of our practice, allowing different ideas to be plugged into it.

We started with the intention of assigning specific words to the acronym for different projects, for instance (this time in reverse) Resonant Hyper Symbol Modulator. We rarely do this though – the unassigned container seems to work best.

MSHR can be pronounced “mesher” as in something that meshes, or just by saying the letters, like the name of an institution.

S: Last August (2017), a video work by MSHR was shown on multiple screens in New York Times Square from 11:57 pm to midnight as part of Times Square Art’s Midnight Moment programming. In the interview done about the project you talk about overstimulation as a thread in your work and a tactic through which one can achieve a meditative zone. At first, sensory overload and meditation feel contradictory to each other, maybe since overstimulation is nowadays so often paired with the ‘excessive’ use of internet and digital technology. Somehow it also feels that now, maybe more than ever, we are growing less and less sensitive to stimuli and actually craving it more as our attention span keeps on getting shorter. Saying this, there is something very pleasureful and luscious in the rich, visually/sensorially complex universe created by MSHR (that appeals to us stimuli junkies too). On the other side, the work makes you think about the intricate diagrams, charts or geometric patterns used in various spiritual traditions as a guidance tool to focus attention as part of meditation or trance induction. Your work seems to function very well in the contradiction of these two parallel worlds. What do you think about this?

MSHR: It seems paradoxical to talk about working towards a meditative state through over stimulation, but the type of stimulation that we’re talking about has less to do with a constant stream of images and content, (though it is also not the opposite). It has more to do with the over stimulation that one can feel in a non-human constructed area (aka “nature”). In places like this, you can feel intensely stimulated by looking at the highly mathematical yet chaotic forms of rocks and the interaction between water and mud at the edge of a shallow lake, or by being surrounded the dense, growing mesh of fractal life in a forest. We’re very inspired by natural systems – which to us includes any emergent system: ecological, geological or social for example. These systems often appear chaotic, but from another perspective they are the most highly orders structures imaginable – the distinction seems to break down. These forms can act as diagrams for meditation as well as anything, which is why we are interested in creating generative structures in our music and visual art (often using “synthetic” materials like synthesizers and digital sculpture). These forms can feel overwhelming, but being surrounded by a feedback system of flashing lights and sound can also provide a unique sense of clarity. It’s like standing in a river. 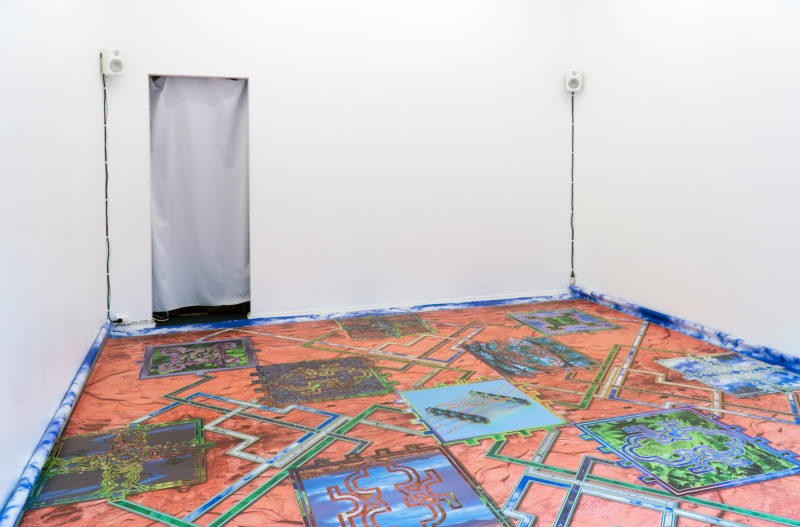 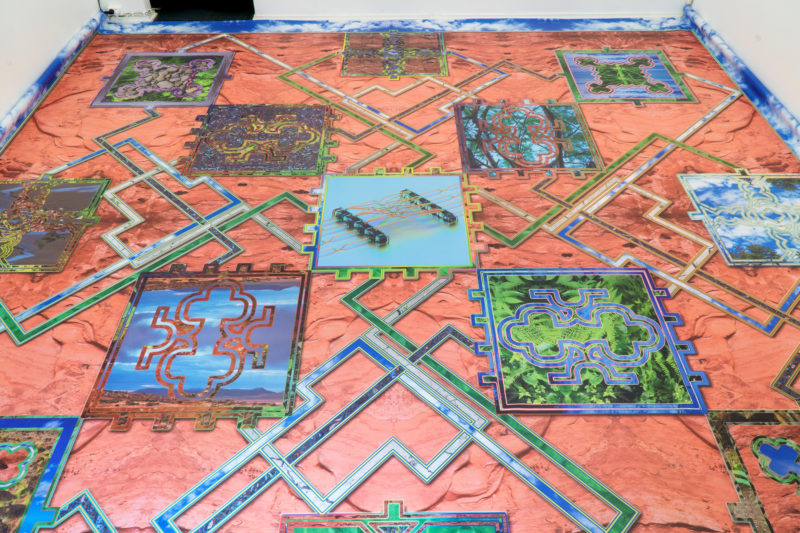 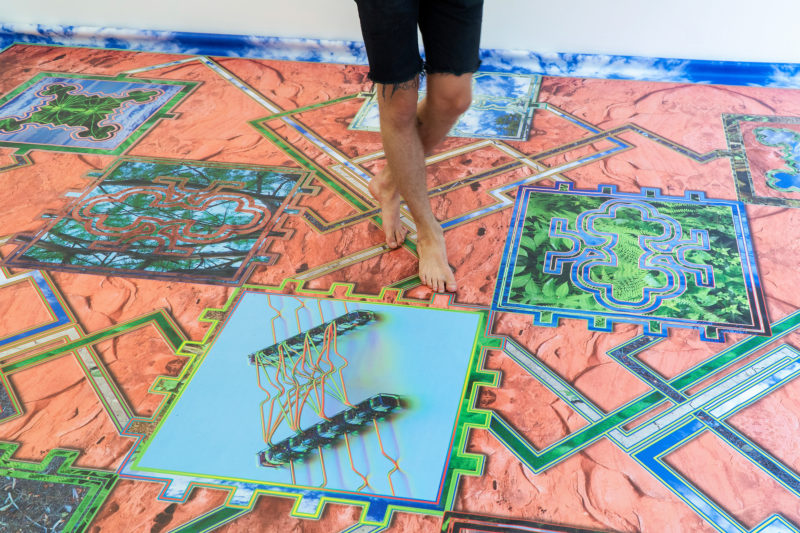 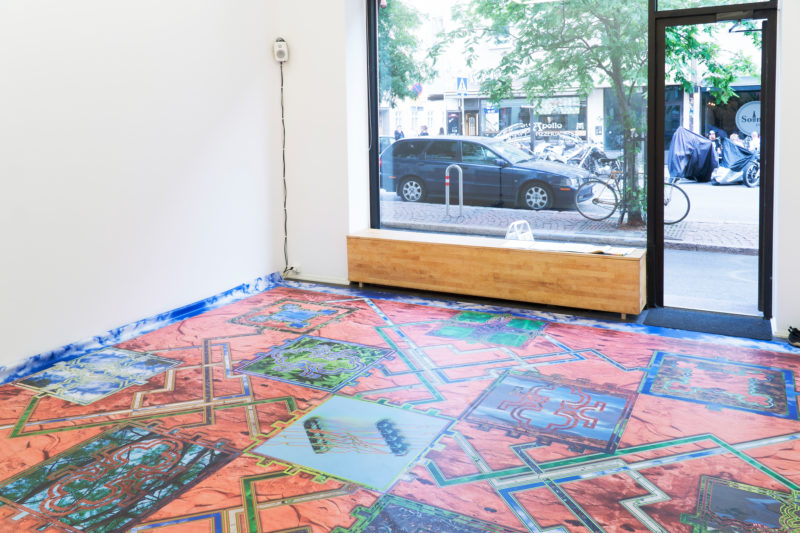 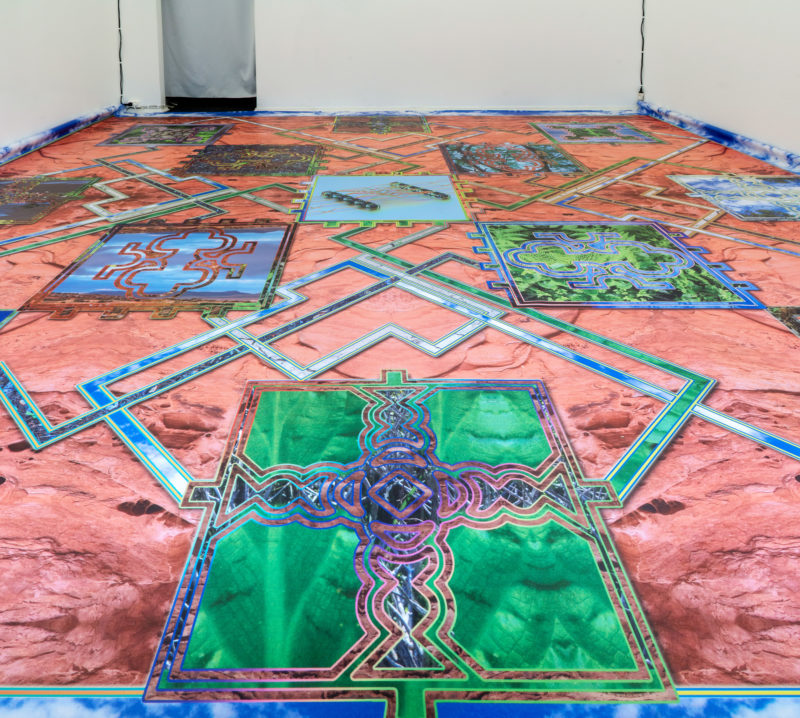