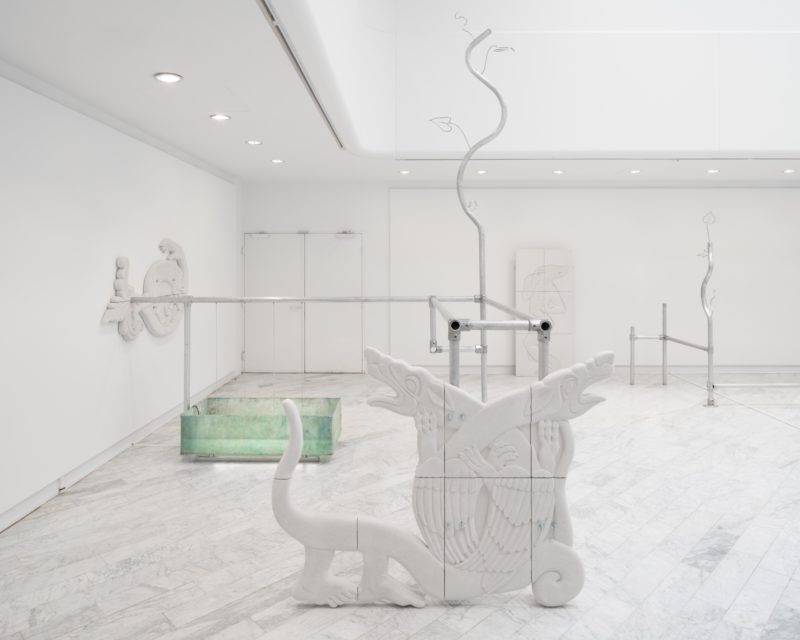 Creatures composed of different animals were once the domain of mythology. Today, such creatures are cultivated by the very same modern science, which systematically has challenged religious worldviews, superstition and the existence of supernatural beings. Chimeras no longer simply designate the kind of fire breathing mythological creatures, composed of lion, goat, and snake, which we find on ancient Greek pottery. Since the 20th century, the concept also applies to mixing cells from different animals within biology and genetic research.

Hybrids and relics are recurring themes in the work of Sif Itona Westerberg. In her installation Fountain, the Danish artist processes historical representations of composite creatures at a time when such creations no longer simply bear witness to a bygone era. Itona Westerberg’s hybrids, carved and shaped in aerated concrete panels, are based on imagery from legends and myths. Her sculptures are a reminder of what human imagination is capable of. However, what human beings could only dream of, describe and depict in medieval times, is now something researchers actively work on creating and bring to life. In recent years, international researchers have carried out a series of controversial laboratory experiments. In the USA, researchers have injected sheep embryos with human cells with the declared goal of growing human organs for transplantation. In China, monkey brains have been enriched with human brain cells – an experiment whose purpose critics question. CRISPR gene editing, which allows for cutting and pasting DNA strings, is but one among other new technologies that open up vast possibilities of manipulation of existing fauna and flora.

Itona Westerberg’s installation does not present itself as futurology about new biotechnology or eco-systems. Her work is rather a meditation on the metamorphoses of life from mutations in the primeval soup to the journey from water to land towards gene modification and manipulation of plant and animal species. However, in this exhibition there is no chronological timeline from past to present to future. Remnants from different time periods wildly weave in and out of each other. The exhibition, which takes the form of a fountain, is built around medieval hybrid creatures that spew water out of their mouth.

The water is collected in tubs of polyester, which contain fabricated deposits of trilobites extinct 252 million years ago next to scientific visualization models of DNA strings. The water is pumped back via hoses through pipes of aluminum, which has found application within everything from construction work to design since the 20th century. If the exhibition is contemporary art, it is however not solely a picture of our specific moment in time.

The title word ‘fountain’ is derived from the Latin word for spring or source. Fountain marks not so much where something comes from but rather wherefrom something continually flows. In Itona Westerberg’s work, hybrids and chimeras aren’t treated as obscure mythological creatures, which science and enlightenment once discarded as mere fiction, but as creations that new research endows with new life.

The creatures which Itona Westerberg has carved in aerated concrete are sourced from adornments of cathedrals and scripts. In medieval times, illuminated manuscripts – where text is framed by ornaments and images – teemed with hybrid figures. While the text was considered holy, the margin allowed for profane and pagan fantasies of fabulous beings contrary to the Christian teachings of distinct species anchored in an eternal God-given world order. Today, when humans are equipped with ever more advanced prostheses, implants, and speculations about homo sapiens as but one step on the road towards a post-human future, hybrids are once again objects of indignation and fascination.

The exhibition is accompanied by a selection of fiction and non-fiction books curated by Itona Westerberg. The books have served the artist as inspiration during the making of Fountain and additionally serve the public as alternative points of entry into the exhibition.

Sif Itona Westerberg (b. 1985, DK) lives and works in Copenhagen. She has studied at The Royal Danish Art Academy and among others exhibited at ARoS Triennial and Odense Sculpture Triennial. Fountain is Itona Westerberg’s first institutional solo show.

Fountain is the fourth exhibition in Tranen’s program about extemporary art. The focus is on contemporary art that is not primarily focused on our contemporary condition. When everything from climate to technology evolves at ever greater pace, the present becomes ephemeral and intangible. The present starts to shrink. Meanwhile, our knowledge of the past increases. Speculations about the future abound. As part of this development, much art is no longer contemporary, which literally means ‘with time.’ Instead, art is rather ‘extemporary, i.e. ‘out of time’. 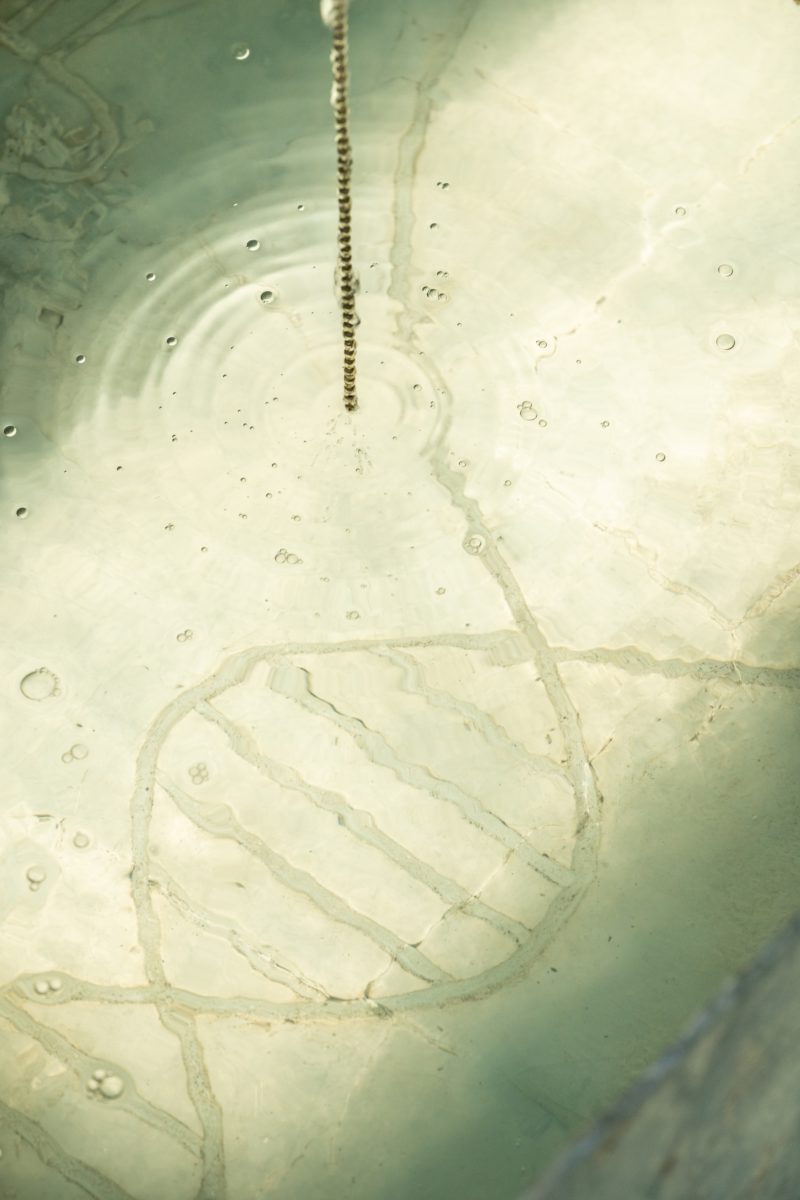 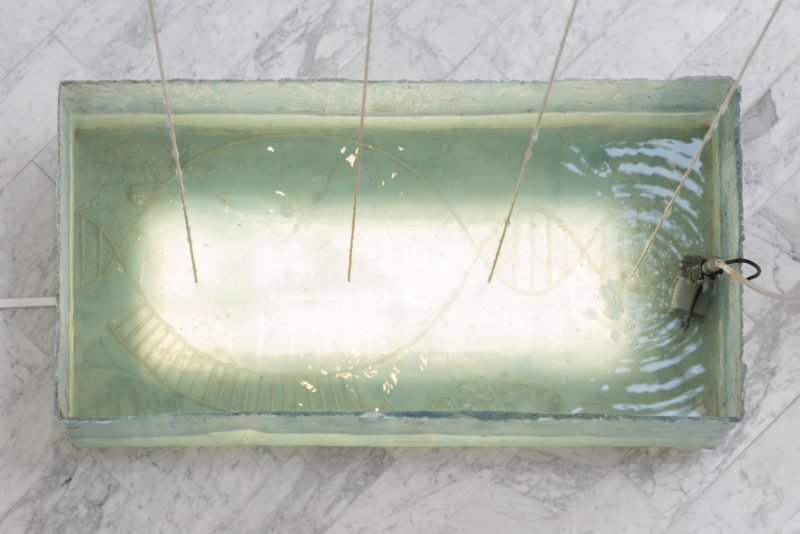 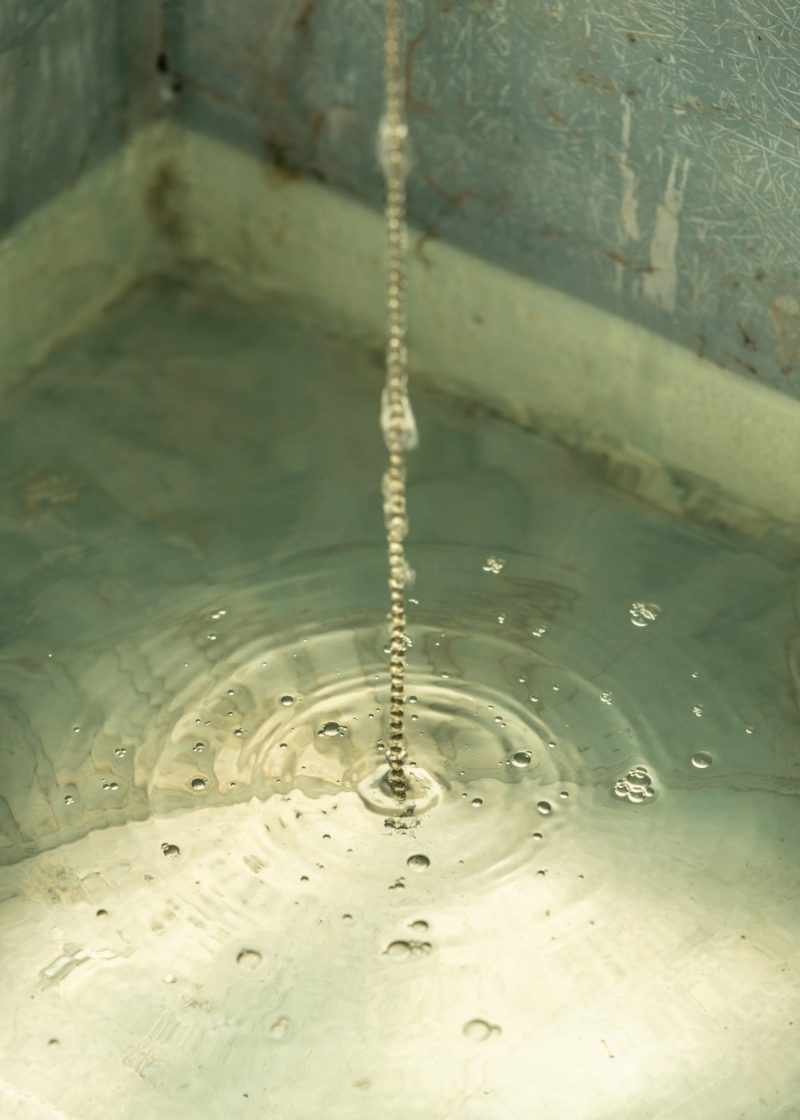 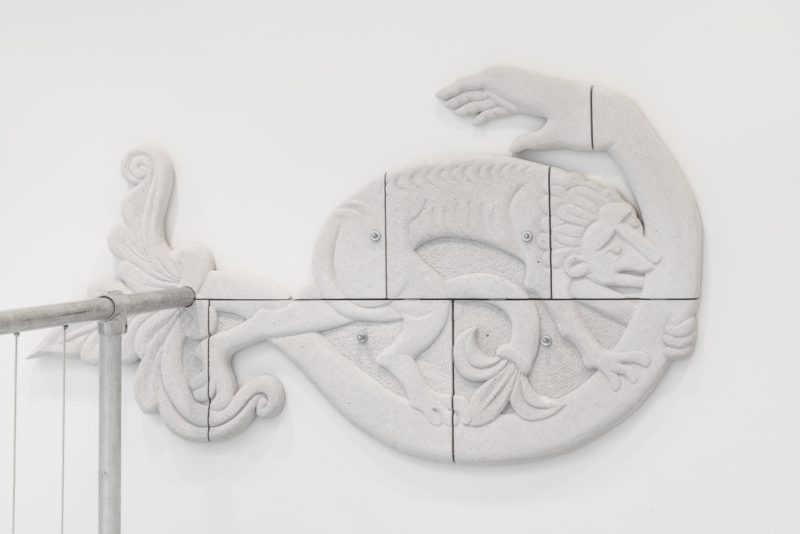 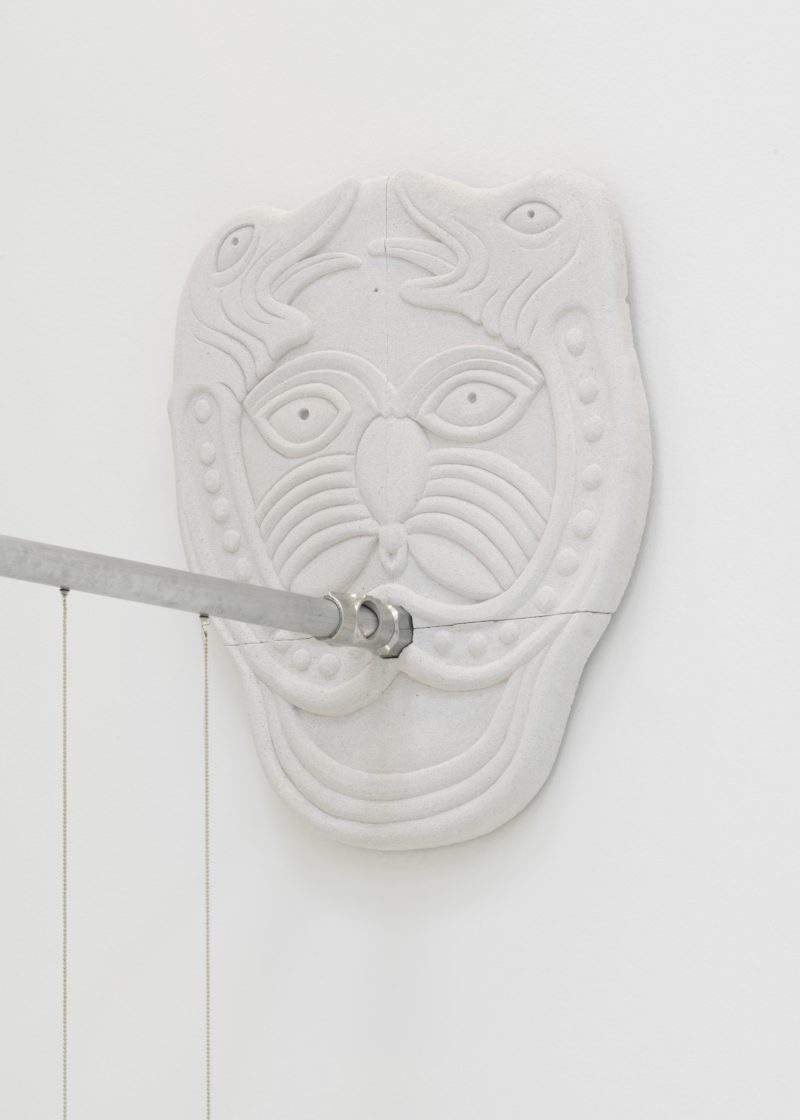 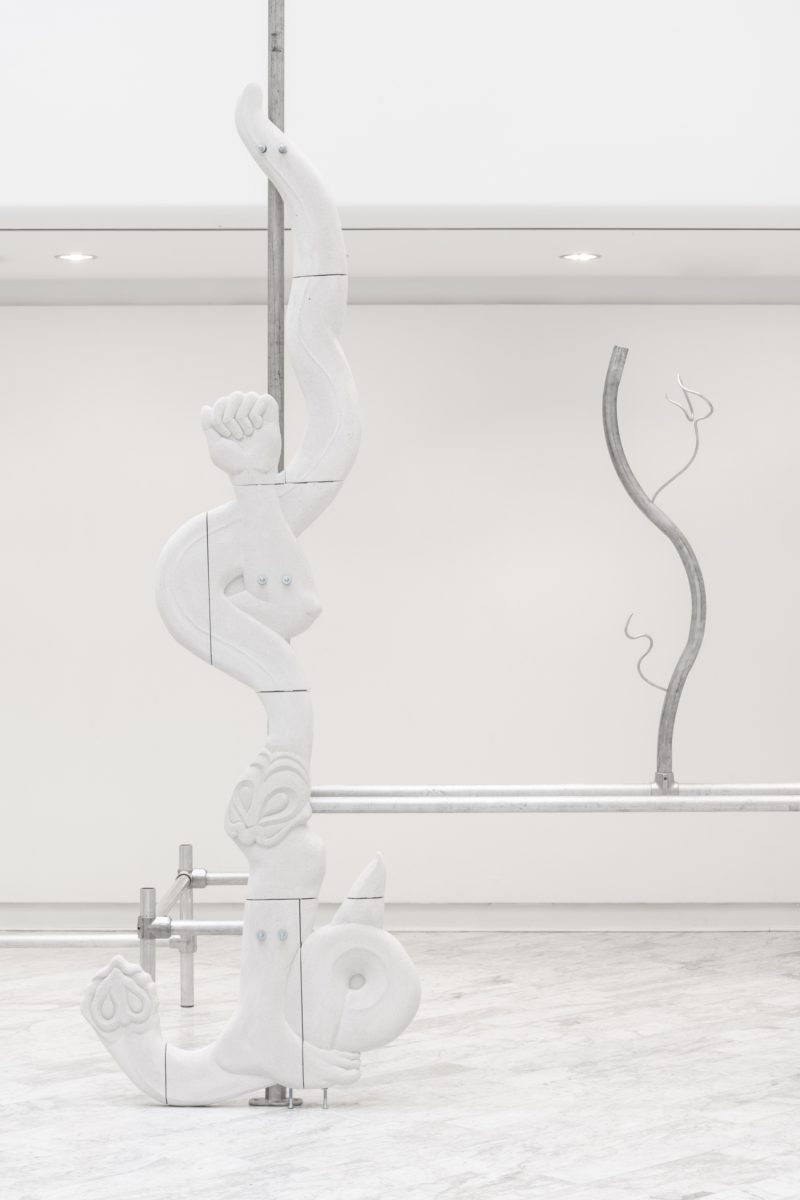 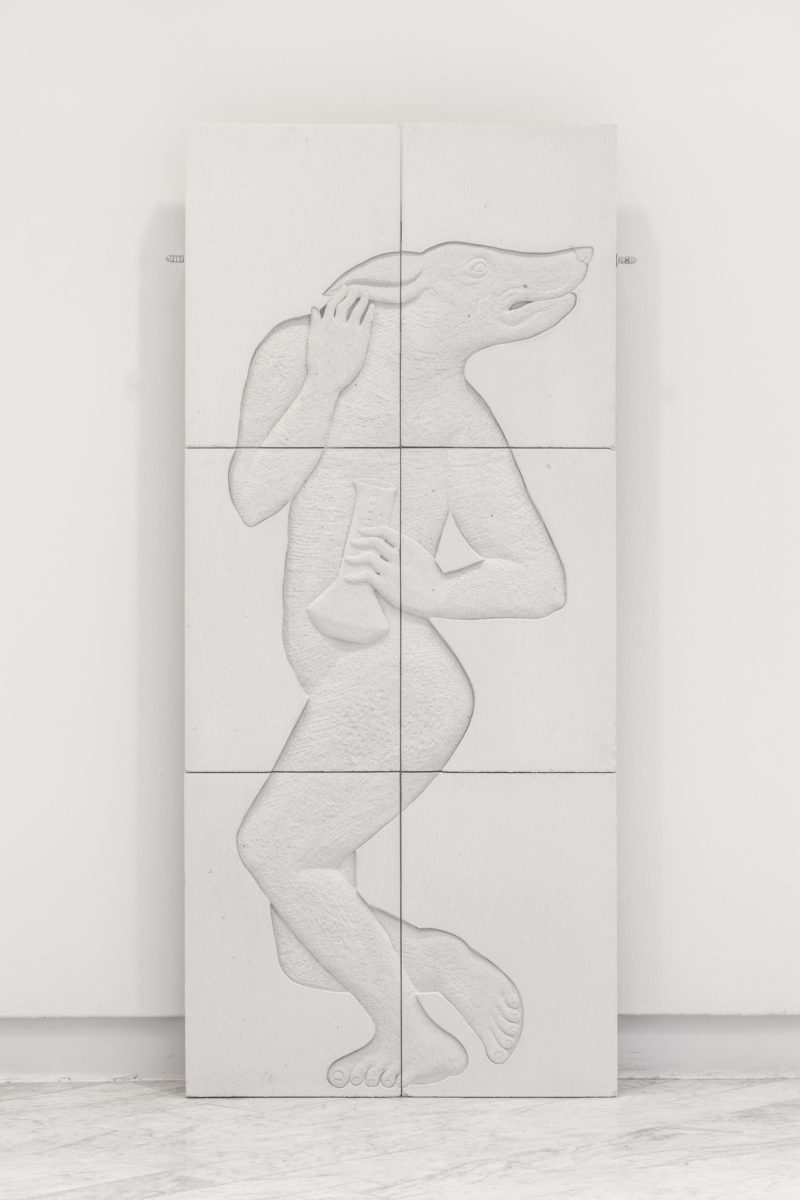 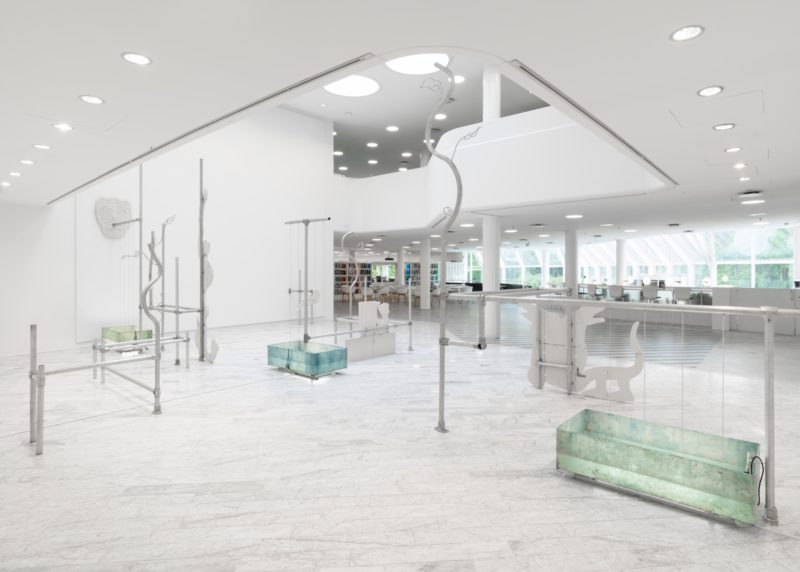 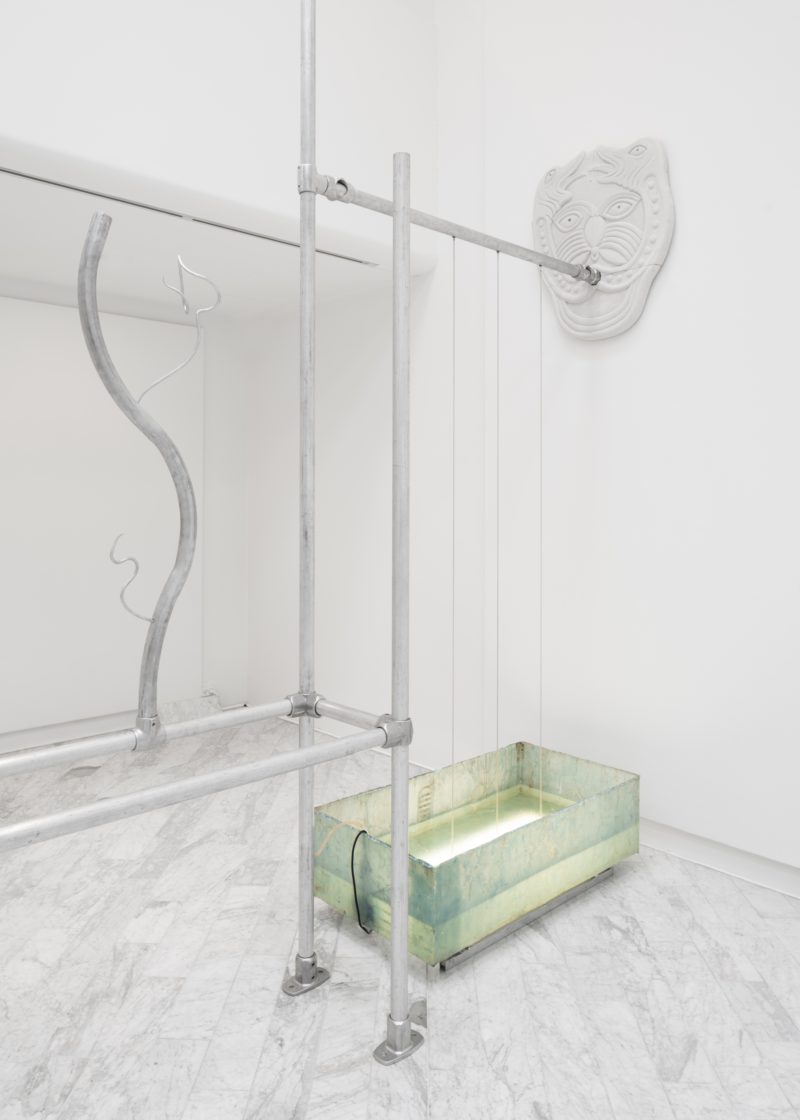 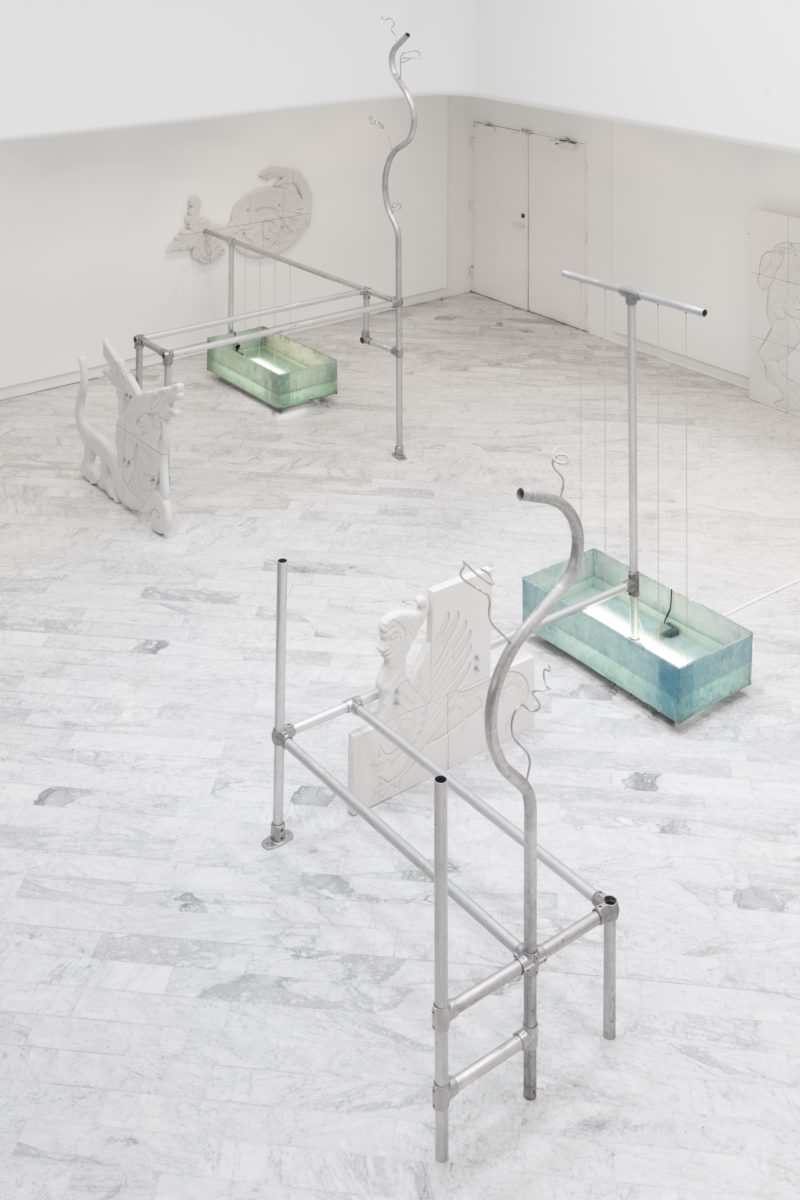 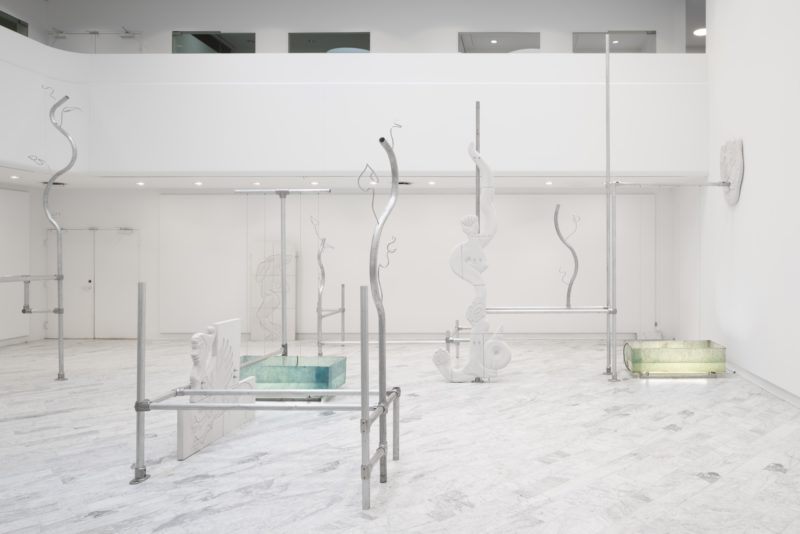 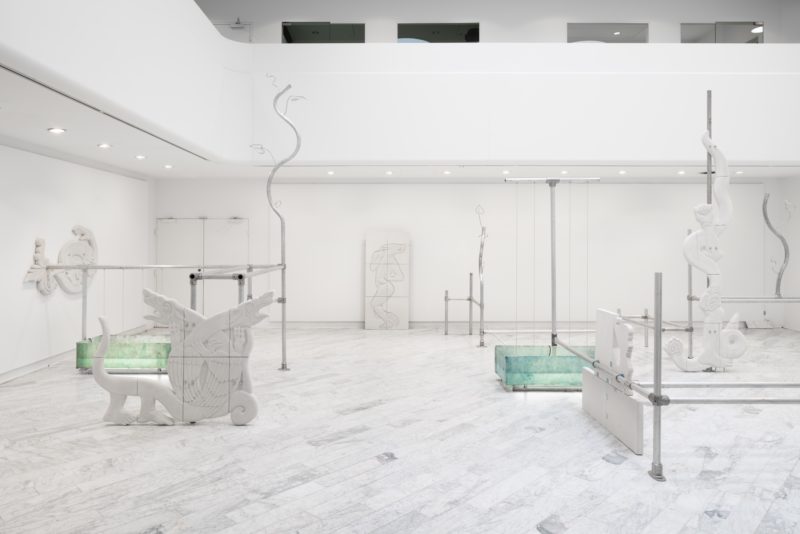 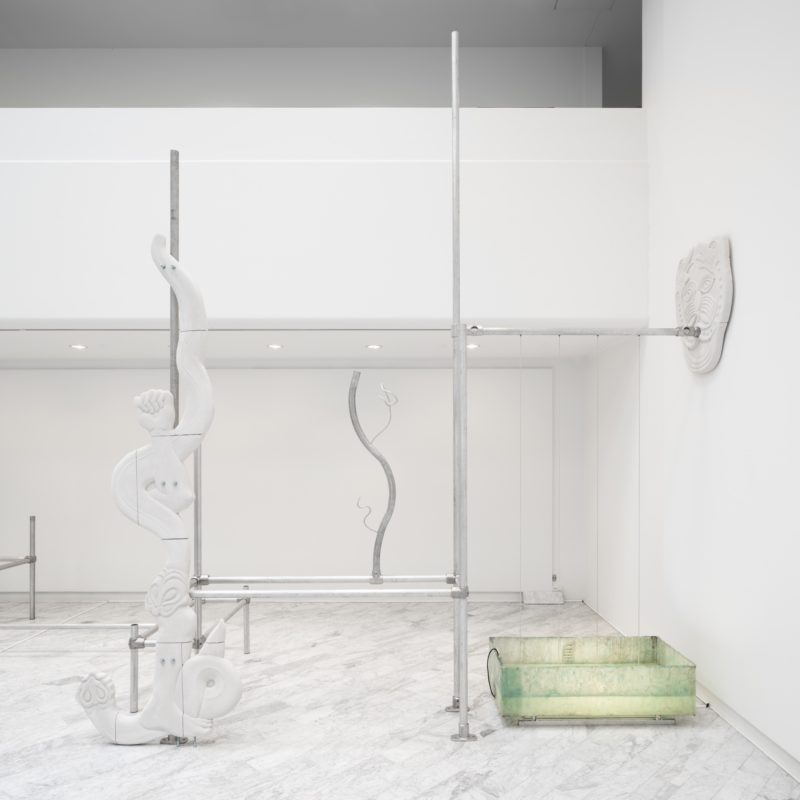